The (Real) Most Interesting Man in the World: Remembering Bob Cage 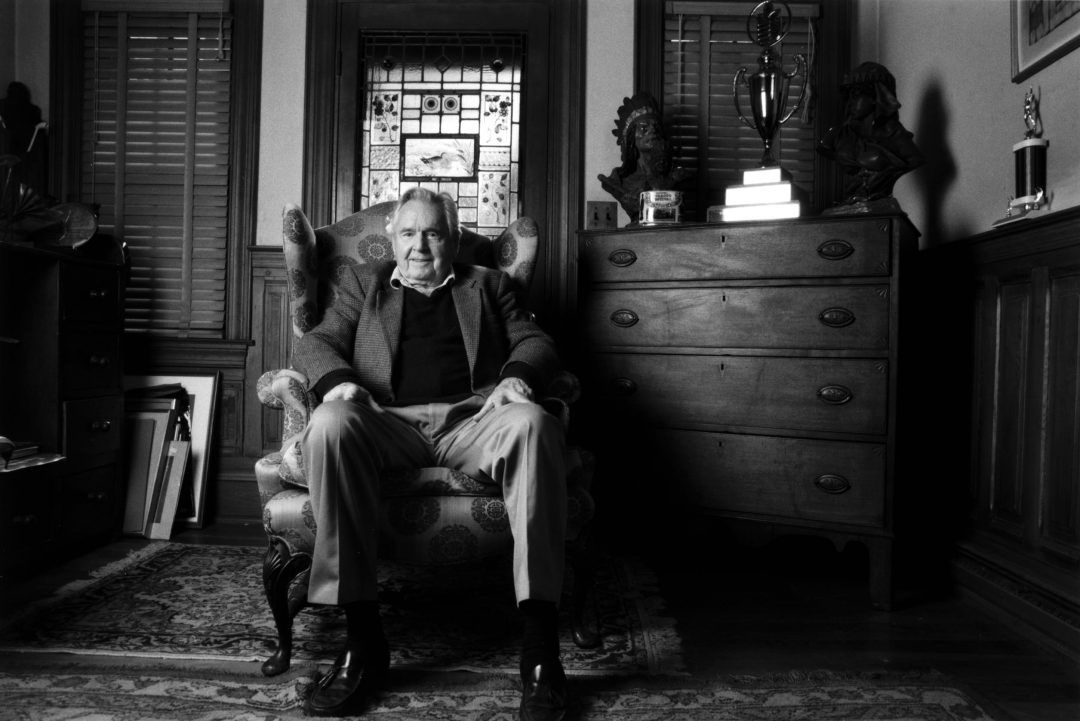 The sad news of the passing of our dear friend Bob Cage, at 91, brings me back to the first moment I pulled up to Bob’s property in South Boston, Virginia, and was absolutely astonished. This was not a unique response—Bob’s “Sculpture Farm,” I later learned, is a legendary destination for those hunting “outsider artists” and their “art environments.” Countless towering works of art, constructed mostly of steel and other scrap metals, dotted the green sprawling landscape. The grass was pristinely manicured by a family of goats, for whom Bob built a cascading stairway so that they can cross his small farm road. At first I mistakenly assumed that I must be taking in the work of many artists, as there appeared to be no particular style or pattern to them. But I soon learned that they were all Bob’s—each arising from the expansive imagination of an artist with no boundaries and no fear.

While the sheer breadth of Bob’s work, in this most unique of galleries, routinely engenders in its viewer a sense of wonder and awe, my experience was particularly charged because I simply had no idea that Bob was a sculptor. I had come to see Bob because he was one of the world’s greatest and last remaining tobacco auctioneers.

I first learned of Bob through his appearance in a VFH-supported film by independent filmmaker Jim Crawford titled Down in the Old Belt: Voices from the Tobacco South. The film explored the all-encompassing institution of tobacco farming in Halifax and surrounding counties, just before its precipitous decline. While the film showcased many memorable folks involved in all aspects of tobacco, I was particularly drawn to the remarkable verbal art of the tobacco auctioneering chant, and of one auctioneer in particular. For as much as he had in so many aspects of his life, Bob Cage stole the show.

I contacted Bob shortly after viewing the film, asking if I could pay him a visit, and if he would be interested in taking on an apprentice in tobacco auctioneering. He regaled me with remarkable stories from the auction pits, and of the many colorful characters whom he met along the way. But then my heart sank a bit as he told me that he saw no purpose in apprenticing someone in the craft. For as the film reveals, the practice of selling tobacco through live auction ended in 2000, replaced by a system of direct contracts between growers and tobacco companies, thus rendering the tobacco auctioneer obsolete. “I’m a dinosaur now… Bones,” he said to me in a dry wit that I have cherished over the years. I finally convinced him to go through with it, apprenticing Crawford himself, explaining that the tobacco auctioneers’ chants were more than a means of commerce, but were an important vanishing verbal art. Jim’s apprenticeship with him would be unique, and would focus on recording the craft of the auctioneer and the stories around it. The apprenticeship resulted in critically important documentation such as this:

Bob was a native of Halifax, where “Bright Leaf” tobacco was king. It made Danville a bustling and prosperous city, with more than forty blocks dedicated to the industry with twist and plug manufacturers, pricing and brokers houses, stripping and stemming houses, and auction warehouses. Bob’s own personal connection to it began when his mother married a local tobacco warehouse owner. Danville is credited with creating its own unique method of selling tobacco, known as the “Danville System,” where fresh grown tobacco was auctioned off in small piles on the warehouse floor. Bob spent much time around tobacco auctions, and became enthralled with the auctioneers, studying them closely.

After serving in World War II, Bob returned home and taught himself the craft, soon becoming one of the most sought after tobacco auctioneers in the region. A good auctioneer was priceless to tobacco sellers and auction house owners, as their hypnotic rhythms managed to dictate the pace of the bids and drive up the sale. With the right auctioneer, literally hundreds of thousands of pounds of tobacco could be sold in several hours. Auctioneers of Bob’s caliber were able to enjoy lucrative careers, often working several hours a day, four days a week. Cage’s talents were unparalleled. He won multiple national tobacco auctioneering contests, and took his talents beyond the auction houses of Virginia, including for several years working as an auctioneer in Rhodesia (the region now known as Zimbabwe). “I absolutely loved the work,” Bob once told me, “It just came so easy for me. I’d go in, make my money, and get out. I’d sit out in my car, reading a book. And then when I said it was time to start, they knew they better be ready to dance or they’d go home empty handed.”

One thing I’ve come to learn in my work with gifted traditional artists over the years is that rarely are they defined by one single passion. To say that Bob used his leisure time wisely is beyond an understatement. Bob was always a standout athlete, and played tennis well into his eighties, achieving national ranking status. And while he had countless other passions, Bob’s work as an artist was astonishingly prolific, and his sculptures and paintings can be seen not only on his sprawling sculpture farm but all over downtown South Boston and the region, particularly at the Prizery, a vibrant community arts center in a renovated turn of the century tobacco warehouse.

Bob was a dedicated patron and advocate for the Prizery, which is home to the Robert F. Cage Gallery named in his honor. The Prizery was one of several projects and causes Bob championed, and he remained an active and vocal activist in local affairs, particularly those concerning the environment. He was one of the strongest voices in the local fight against uranium mining.

Bob was just shy of his eightieth birthday when I met him, and he was a tour de force—dashingly handsome, quick-witted, and comically-genius. He was to me the epitome of cool. He was like that guy in the commercials they call “the most interesting man in the world,” only Bob was real. I feel so blessed to have had the chance to spend time with Bob, and bring him to many festivals and showcases over the years. His demonstrations at these events, including the National Folk Festival in Richmond and the Smithsonian Folklife Festival on the National Mall, were incredibly profound to audiences and did much to educate the public about the history of tobacco and it’s dominant historical place in Virginia and the Carolinas.

His festival presentations were also first and foremost downright entertaining, though it was always a bit harrowing from my position as the presenter. First, Bob’s appearance often hinged on him losing in the semi-finals of some 75-and older national tennis tournament. Then once you had him there, you never knew quite where Bob was going once he got on stage. He seemed to always just appear right before it was time to go on, and then he’d often spend the first twenty minutes or so telling jokes. These often teetered right on that murky edge of decorum, only heightening my tension. Fortunately these were always funny enough that they would pierce through my anxiety about whether or not he was ever going to get around to talking about tobacco. One of my favorite jokes of his was the one about his friend who lost both his ears. Bob asked the guy what happened, and he explained that he had received a phone call in the middle of the night, and being that the room was dark and that he wasn’t quite awake, he mistakenly picked up a hot iron (that he also mistakenly left on) and burned his ear off.

“So I asked him what happened to his other ear,” Bob told the audience, which he now held completely in his hands, “and he said ‘Do you believe that son of a bitch called back?'”

As the thunderous laughter subsided Bob quickly transported the audience to a well worn wood warehouse floor. And when he at last started chanting, as well as mimicking the special individualized styles of many of his legendary contemporaries and predecessors, we were all—much like his long-ago buyers from RJ Reynolds, Phillip Morris, and others—completely entranced by his voice. Once again Bob got in there, did his thing and got out, and we all danced to the rhythm of his voice.