The Madison Hummingbirds and the “Rookies” 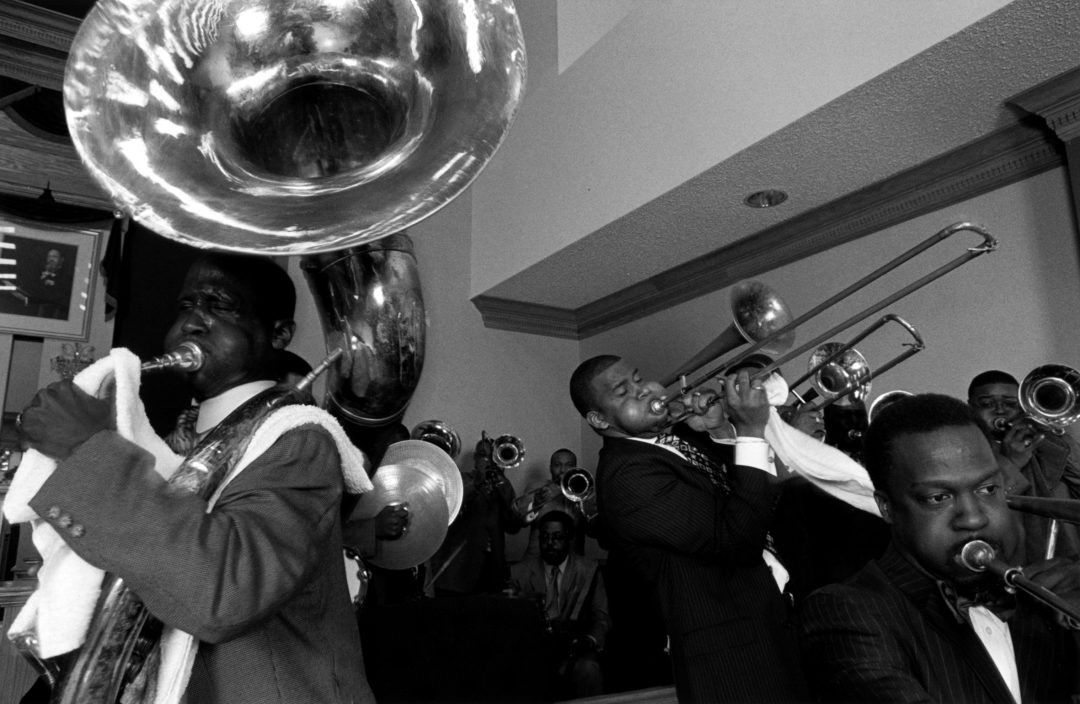 The Madison Hummingbirds perform at the United House of Prayer in Portsmouth, Virginia. Photo by Morgan Miller/Virginia Folklife Program.

In 1903, an African-Portuguese immigrant named Marcelino Manoel de Graca (Charles Manuel Grace), the son of a stonecutter from the Cape Verdean Island of Brava, came to the southeastern Massachusetts town of New Bedford. “Daddy Grace,” as he became know, was a dynamic spiritual leader who started the United House of Prayer. The United House of Prayer congregation eventually reached up and down the East Coast, with one of its first and most successful churches in Newport News, Virginia. One of the hallmarks of the United House of Prayer church services, baptisms, funerals, and parades is the almost exclusive use of brass instruments, inspired by the words of Psalm 150: “Praise ye the Lord. Praise Him with the sound of the trumpet.” The United House of Prayer brass bands came to be known as “shout bands” because of their ability to move entire congregations to shout with heartfelt spiritual energy. The Madison Hummingbirds, of Portsmouth, are the current torchbearers of the great Virginia shout band tradition. As has been the case for generations in the House of Prayer, they have been carefully bringing along “The Rookies,” a group of young men who will compose the next generation of Hummingbirds.

We call the you guys “the rookies.” They’re coming up just like we did. That’s how it’s always been in the House of Prayer. We all grew up in this sound, literally from the time we were babies. I’m just glad the young guys are still into it, that they still want to learn. We’re always ready to welcome guys like that into the Hummingbirds.
-Bradley Sunkins of the Madison Hummingbirds