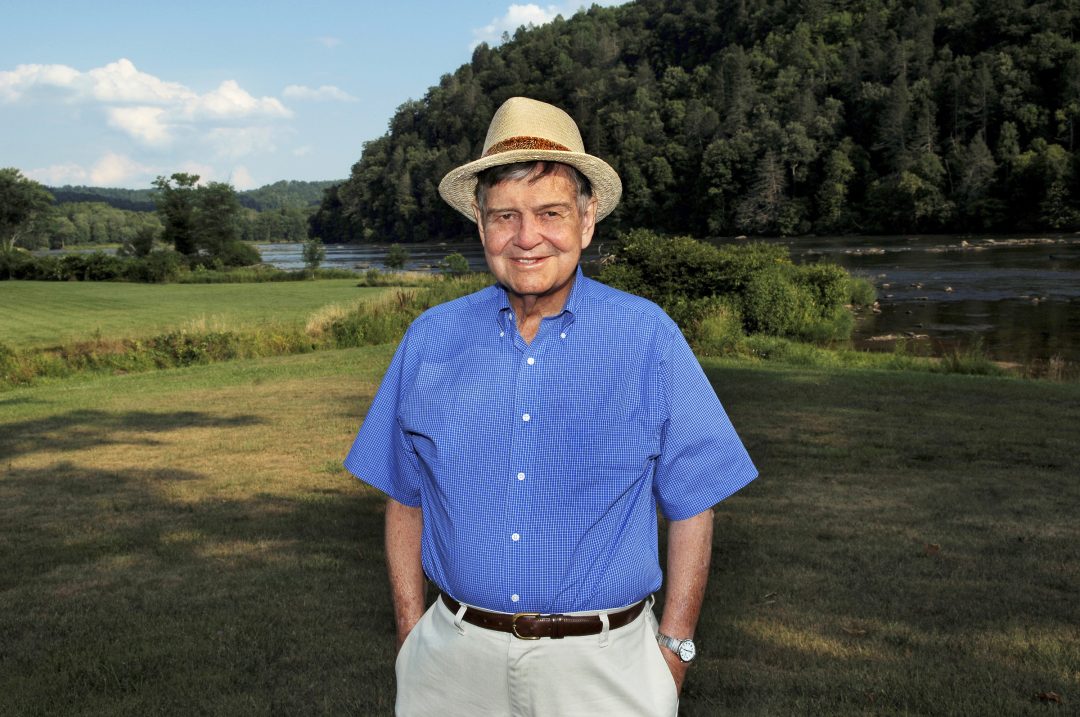 It is with deep sadness that we relay the news that Joe Wilson, tireless advocate for the traditional arts both here and abroad, passed away at the age of 77. On May 24th, 2005, Joe Wilson sat down with Virginia State Folklorist and VFP Program Director Jon Lohman in a mobile recording studio outside of the Jefferson Building of the Library of Congress for an interview as part of the national StoryCorps recording project. Ten years later, we cherish this recording which includes just a small taste of Joe’s stories of his remarkable life and his musings about cultural diplomacy and that which makes us all human:

What can we say about Joe Wilson that can in any way speak to his impact on Virginia and across the globe? His work touched the lives of so many, and will resonate for years to come. Joe was one of the best friends that traditional music has ever known—he headed and transformed the National Council for the Traditional Arts for 28 years, produced countless music festivals, recordings, and publications, and was instrumental in the creation of the American Folklife Center at the Library of Congress and other critically important cultural institutions and legislation. He prowled the halls of Capitol Hill in support of the traditional arts, and rubbed elbows with many people of influence and power, yet his greatest love and devotion was to the regular folks across the country and the world. While his work spanned the globe, the Virginia Folklife Program is particularly indebted to his contributions to the cultural landscape of the Commonwealth, where he spent the latter years of his life. He was the inspiration and driving force behind the creation of the Blue Ridge Music Center and Virginia’s Heritage Music Trail, the Crooked Road. He was instrumental in the careers of countless Virginia artists, including Wayne Henderson, John Cephas, John Jackson, Eddie Bond, and many others. Most of all he was a dear, dear friend—one who possessed a sweet, caring heart while never suffering fools lightly. While we so mourn his loss, we also know that his spirit will live on in those hills he called home, and in all of those he touched. We’ll miss you, Joe.