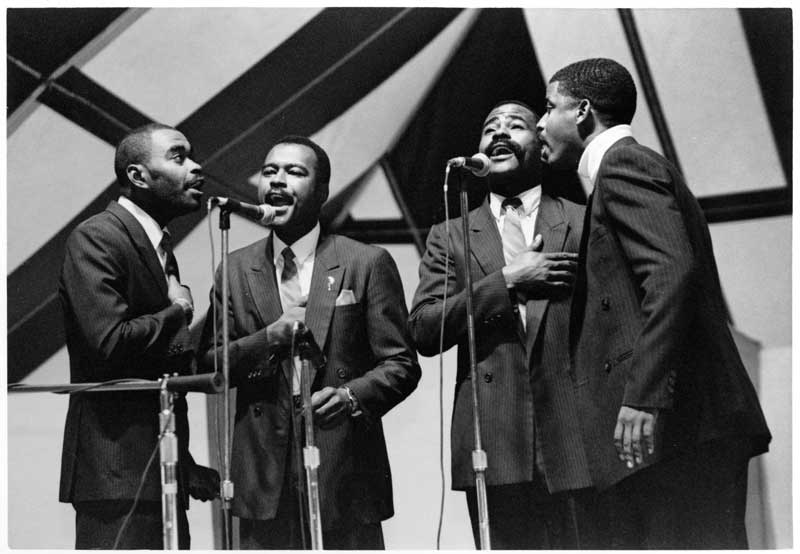 With heavy hearts we share the news of the passing of Frank Paschall Jr., a dear friend of the Virginia Folklife Program and the eldest brother of the beloved Tidewater gospel quartet, the Paschall Brothers. Frank was the namesake of his father, the late Reverend Frank Paschall Sr., a great gospel singer and contemporary of the Golden Gate Quartet, and the one who raised Frank Jr. and his ten brothers and sisters alone, with love, compassion, and grace. By the 1960s, the Tidewater style of a cappella gospel had all but disappeared. But Frank Jr. and his brothers faithfully carried on this singing tradition of Hampton Roads. “Our father would always ask us, ‘What’s your pitch?’” Frank once told us. “And he kept us on our toes. We never thought twice about carrying this on.” Thanks to Frank and his brothers, this dazzling vocal tradition continues to lift spirits by making a joyful sound.

Frank Paschall Jr. was a deeply spiritual and soulful man, who lived the life he preached. He was a remarkably talented singer, taking turns at singing bass, tenor, baritone, and soprano in the group, often seamlessly moving from one to another within the same song. His powerful leads can be heard on signature Paschall Brothers numbers including “Final Edition” and “On the Right Road Now,” the title track of the 2009 IMA Gospel Album of the year, produced by the Virginia Folklife Program for Smithsonian Folkways.

Frank’s passing came as shocking news to his family and all of us at the Virginia Folklife Program, and we will miss him dearly. Virginia has lost one of its greatest voices, but what we will miss most of all is Frank’s generous smile and exuberant laughter. He was, simply, a joy to be around and we feel blessed to have known him.