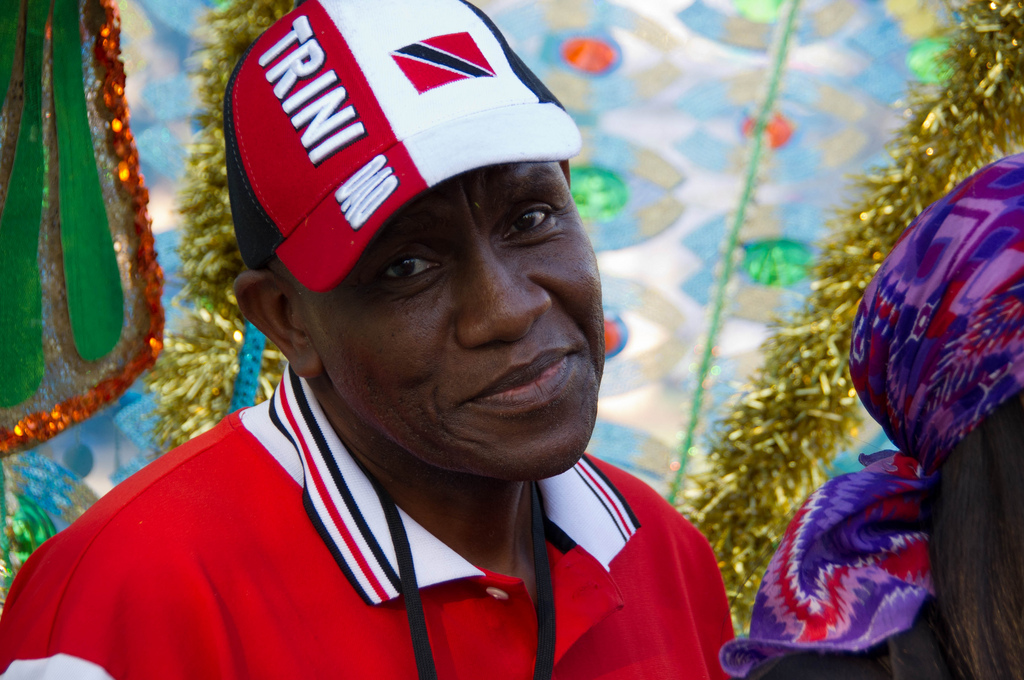 We are shocked and sad to report the passing of Virginia Folklife Master Artist Earl Blake, who died unexpectedly at his home on Saturday, June 16. A dear friend of the Folklife Program, Earl was a master builder of stunningly elaborate Caribbean Carnival costumes, a tradition he brought to the US from his native Trinidad from where he emigrated in the 1960s. Earl constructed these costumes, described as “human parade floats” by the Richmond Times-Dispatch, from scratch using metal, fiberglass, sequins, and feathers, building them to more than 24 feet tall and 20 feet wide. Along with his wife Dorothy and his daughter Chante Copeland-Smith, Earl showcased his dazzling costumes at numerous Trini-style Carnival celebrations across the US and Canada. Last fall, we presented Earl and his costumes at the Richmond Folk Festival, to the delight of a record crowd of more than 200,000 people. The stream of festival visitors who posed in front of Earl’s masterworks was beyond our ability to count.

To attend a Carnival celebration in Trinidad is to witness one of the most joyous occasions on earth. The Latin roots of the term Carnival mean “farewell to meat,” with Carnival providing an opportunity to truly cut loose on the day before Ash Wednesday, which signals the beginning of the Lenten period. While Carnival is for many the ultimate party, the celebration would simply not happen without the dedicated individuals who spend the entire year working to make this amazing public spectacle possible. Earl’s gallery was the street, and he brought unmeasurable joy and inspiration to so many.

Earl was an IT specialist for the Washington DC public schools for 24 years. He was also an avid fisherman, and served as the President of SportCastUSA, organizing sport casting competitions across the East coast. Earl was a man of many passions, not the least of which was his great devotion to the Church.

We were proud to have Earl in our Apprenticeship Program, in which he worked with his brother Scottie, and felt fortunate to be able to feature his work at last year’s Richmond Folk Festival, where thousands of people took photographs of Earl’s costumes. Mostly though, we felt lucky to get to know Earl, a kind and talented person who was a pleasure to work with. We send our love and prayers to his family and friends.