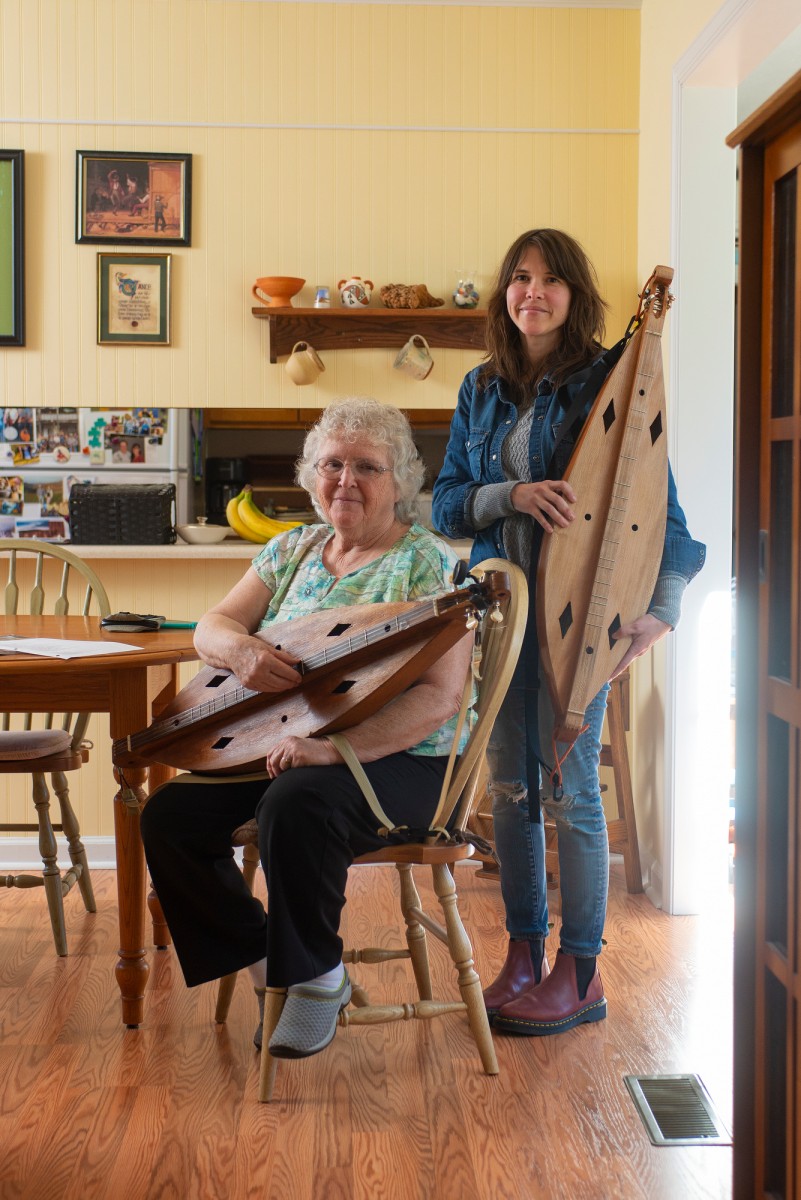 The regular mountain dulcimer is a fretted string instrument from the zither family which first appeared in the 19th century among Scots-Irish communities. Phyllis Gaskins, of Elkton, Virginia, plays a variant called the Galax dulcimer. It is notable for having a flat piece of hardwood and being picked with a turkey or goose quill. Unlike the mountain dulcimer, which is generally used to accompany ballad singing or played by itself, the Galax dulcimer is intended to be an equal part of an old-time string band, matching the fiddle, note after blistering note.

Phyllis was born in 1947 to a family steeped in the struggles and privations of mountain culture. Some of her fondest memories center around sitting on the front porch with her grandmother singing the old folk songs and hymns. Phyllis learned to play from one of the great masters of the Galax dulcimer, the late Raymond Melton of Woodlawn, Virginia. Since the 1850s, members of the Melton family were prominent makers of the instrument, dominating the dulcimer competitions at the Galax Old Fiddler’s Convention. Of course, Phyllis says, she did not know this when she got interested in learning from him, she just liked the way he played.

Phyllis has spent a lifetime trying to preserve the Melton family’s traditions and is now the main teacher of this technique. She recently inscribed her vast knowledge in a book, Galax Dulcimer, which delves into the rich history, culture, and playing style of the Galax dulcimer. She was a master artist in the apprenticeship program in 2011 when she worked with Blue O’Connell. Her new apprentice, Anna Stockdale, had been taking lessons from a certified music teacher when she heard Phyllis play at a dance and knew she wanted to learn traditional methods from her. The two began playing together in the fall of 2017 and Phyllis, along with the help of Tom Scanlan, has built Anna her own Galax dulcimer.