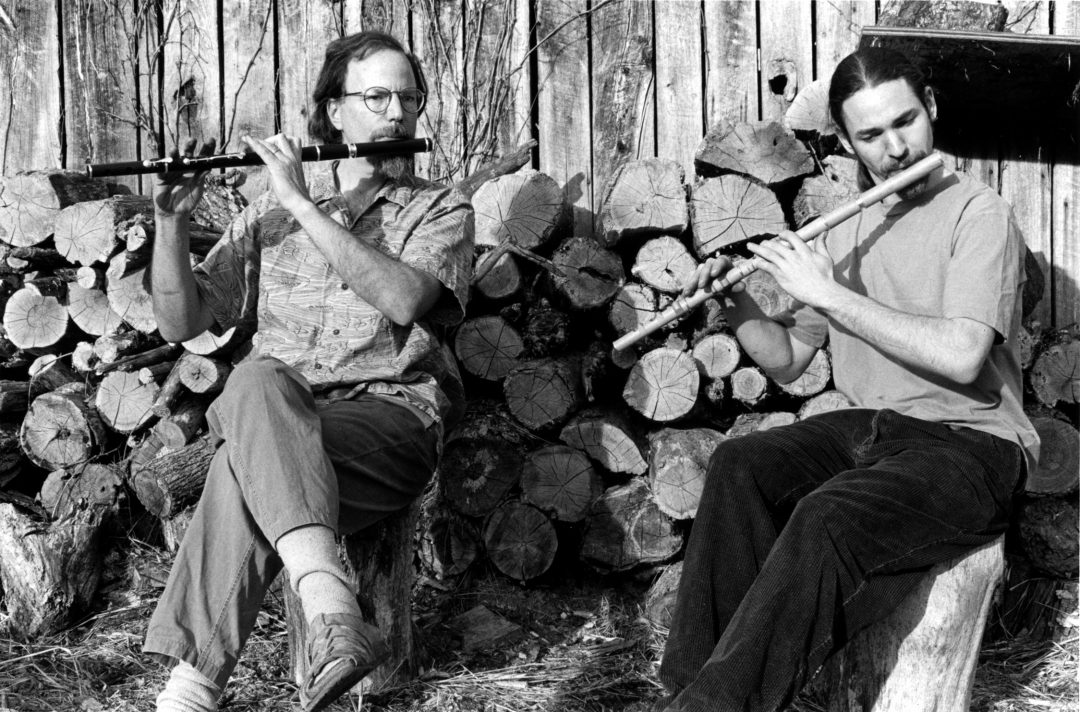 The flute has long held a prominent place in traditional Irish music, but the practice of making flutes specifically for Irish music is relatively new. For many years, Irish musicians used flutes primarily designed for the classical tradition. This began to change late in the 1970s, as several masters begin to design wooden flutes specifically for Irish music. Among these pioneering masters is Patrick Olwell. Patrick produces world-class wooden flutes from his shop in the tiny, Nelson County town of Massies Mill, in the upstairs of an old 1920s bank building. Patrick’s flutes are much coveted and played by some of Ireland’s finest musicians, including Seamus Egan, Matt Malloy, and the late Frankie Kennedy. Patrick has worked with numerous students, but none of them has shown the dedication of his apprentice and son Aaron Olwell.

I never tried to push this on my sons. Of course, I always hoped that they would take an interest in music, but I never really imagined that Aaron would want to take up working with the old man. It’s really a special thing, working everyday in the shop with your son. This is something that used to be quite common, but you just don’t see it much anymore. It’s allowed us to get to know one another in a completely different way.
-Patrick Olwell