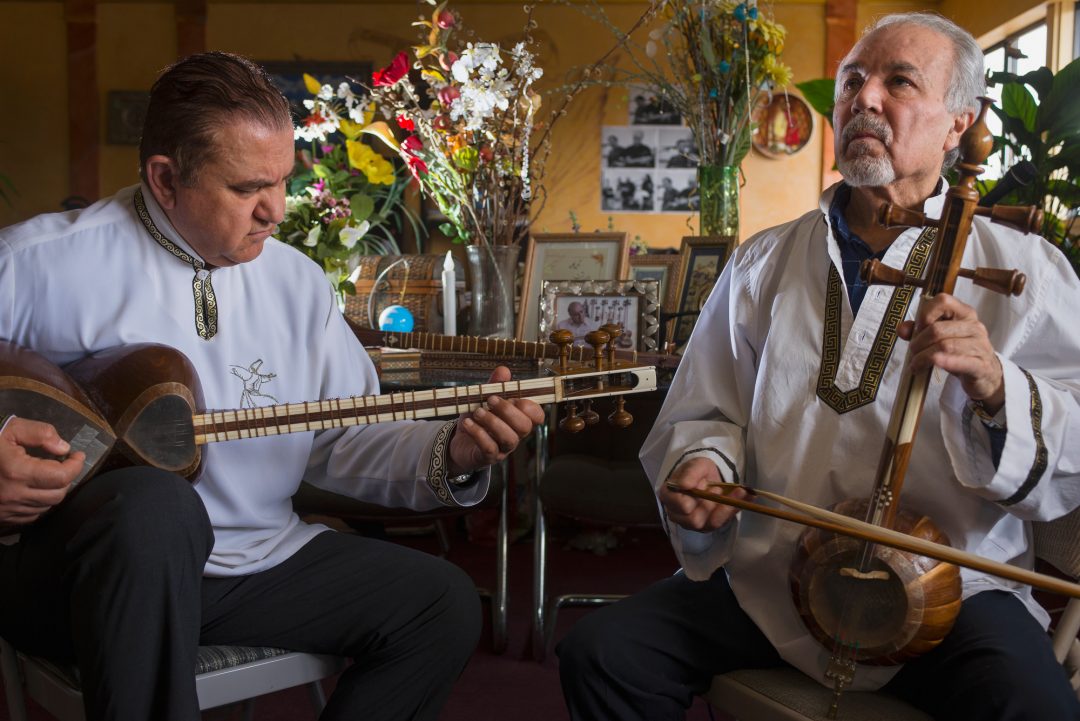 Ali Reza Analouei is apprenticing under Dr. Nader Majd in the performance of classical Iranian and Persian music. The pair photographed at the Center for Persian Classical Music in Vienna, Virginia on 4/4/18. Photo by Pat Jarrett/Virginia Humanities

Dr. Nader Majd, of Arlington, Virginia, was born in Sari, Iran, and began studying and playing the santur, or Persian hammered dulcimer, and violin at the age of six. He later learned to play the tar and setar—both plucked instruments—from his father and uncles, artists well known in Iran. All of these instruments are essential to Persian music of prayer. Dr. Majd immigrated to the United States in 1968, establishing the Center for Persian Classical Music (CPCM) in Northern Virginia in 1997 to “make Persian Classical music known to our American friends, as a means to increase understanding between our two countries.” The CPCM employs the universal language of music as a tool for communication and cultural exchange. Nader has taught Ali Analouei, who in 2009 was a Master Artist on the Tombak and Daf, pre-Islamic drums of Persia. This was the first time that a Virginia Folklife Master Artist had assumed the role of apprentice, speaking to the mutual respect between these fine artists as well as to Nader’s prominent place in Virginia’s Iranian music community.