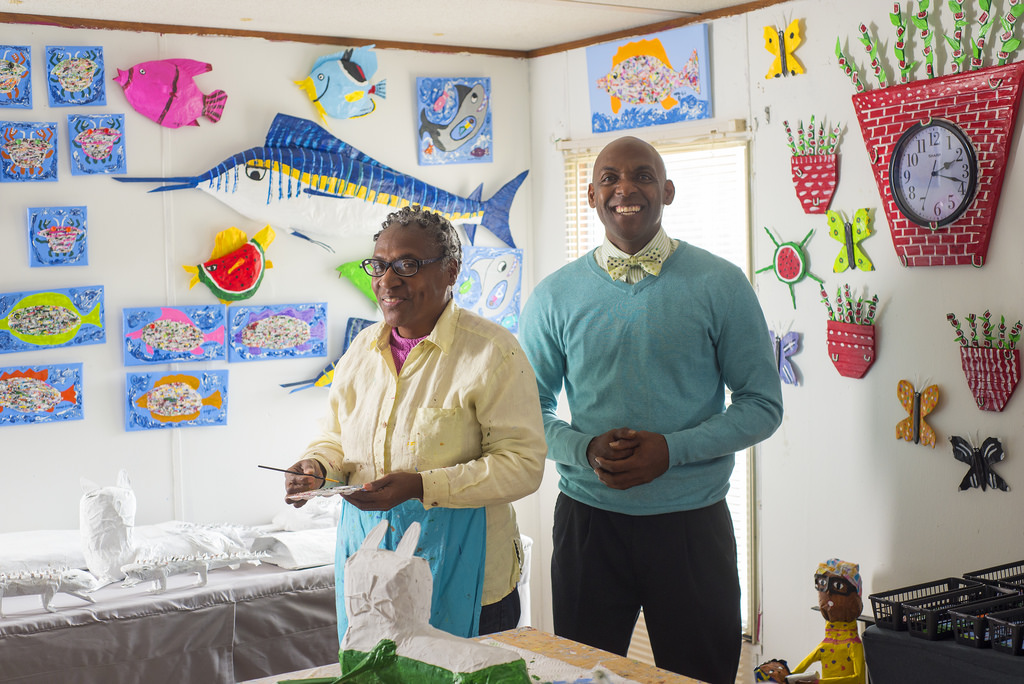 Pastor Mary Onley, known as Mama-Girl, is a self-taught artist who was born and raised in Painter, on Virginia’s Eastern Shore, where she still lives. Her lyrical sculptures are similar to papier-mâché‚ but made without wire, and consist exclusively of newspaper and glue. Born Mary Onley and later renamed Mama-Girl by her grandmother, she came from generations of farm laborers and started working in the fields herself at the age of twelve. “I’ve picked tomatoes, beans, cucumbers, greens, peppers,” Mama-Girl remembers. “You name it, and I’ve done it all.” Mama-Girl had to stop working outdoors because of severe allergies, which resulted in numerous hospitalizations. During one particularly grave episode, Mama-Girl reports being visited by a spirit, who instructed her to create art out of paper and other found objects—something she had never attempted before. A little more than twenty years later, Mama-Girl is one of the most celebrated folk artists on the East Coast. Her work has shown at craft shows across the Mid-Atlantic, and is a favorite of many folk art collectors, but she still credits every piece to the spirit who visits her in her studio each day: “If the Spirit don’t give it to me, I can’t do it.” Mama-Girl is excited to be working with her son, David Rogers, who has recently expressed an interest in learning her unusual craft.