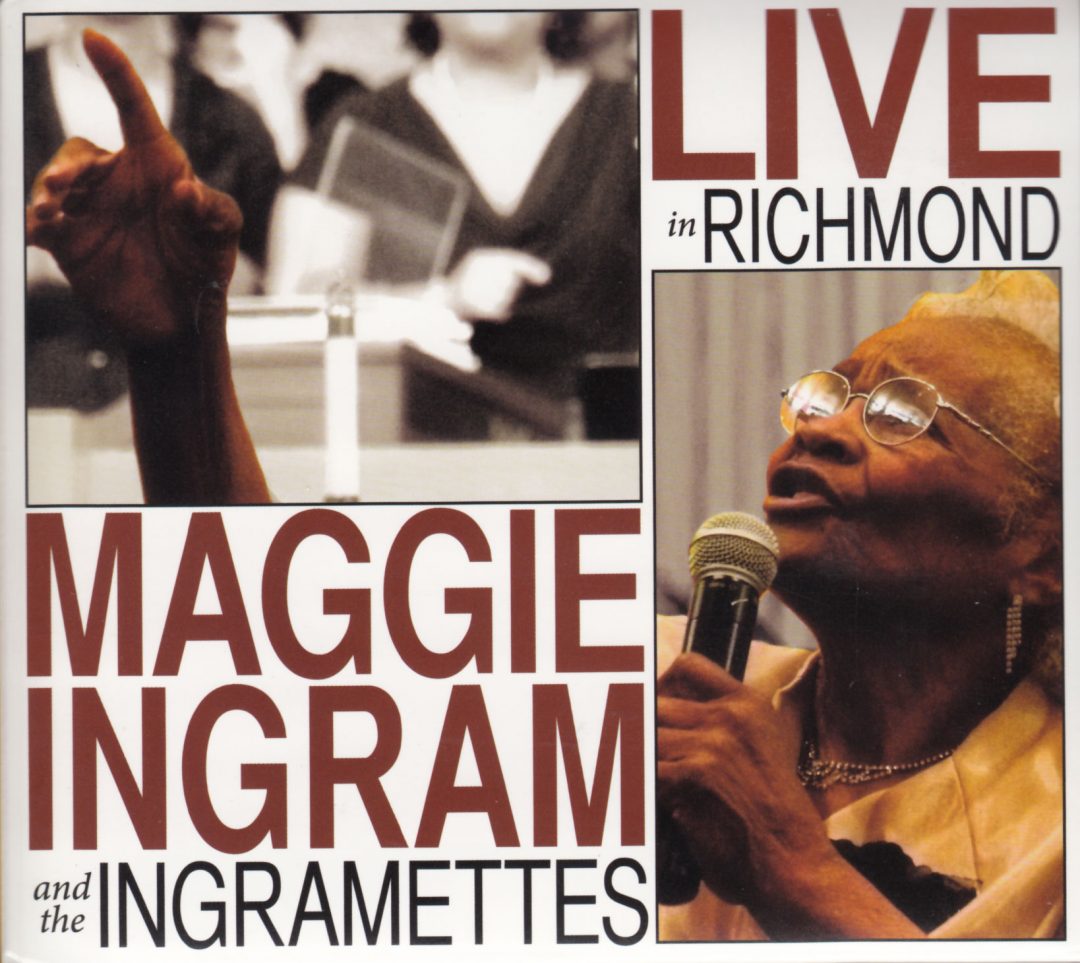 On this live CD, recorded at the Fifth Baptist Church in Richmond, Maggie Ingram and the Ingramettes celebrate her musical legacy and rock the house.

Born July 4, 1930, on Mulholland’s Plantation in Coffee County, Georgia, Maggie Ingram worked in the cotton and tobacco fields with her parents. She began playing the piano and singing at an early age, developing a great love for the church and the ministry of the Gospel. Sister Maggie Ingram and the Ingramettes soon became a singing group sought after for appearances throughout Florida. Maggie moved her family to Richmond in 1961, where she worked in the home of Oliver W. Hill Sr., the prominent civil rights attorney who had represented the Virginia plaintiffs in the landmark Brown v. Board of Education case. With her children, Maggie began a prison ministry, partnering with the Mt. Gilead Baptist Church in the 1970s. The Ingramettes have since become gospel icons in Richmond. In 2011 Maggie was awarded a doctor of music from Virginia Triumphant College and Seminary.