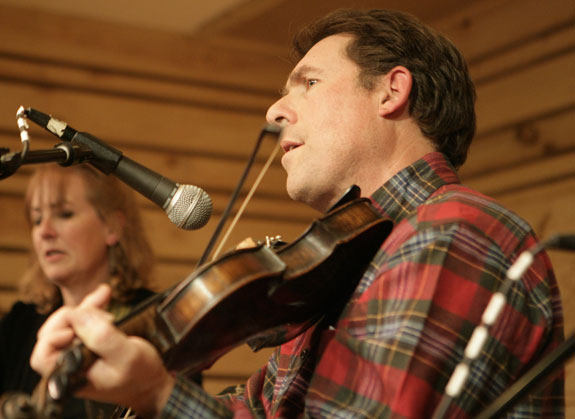 While the first European and African settlers of Southern Appalachia carried with them a strong stringed-instrument music tradition, instruments were often difficult to acquire, leading players to be resourceful in creating their own. The instrument-building tradition has flourished in Southwest Virginia to this day. Floyd County resident Mac Traynham built his first banjo in 1978 out of bird’s eye maple, preferring the wood ever since for its beauty and strength. He has been influenced by such legendary regional banjo builders as Ahmet Baycu, Kyle Creed, and former Virginia Folklife Master Artist Olen Gardner. As a musician who seeks ease of playing and a superior tone, function is the primary goal of Mac’s craftsmanship, and the hallmarks of his work are a beautifully selected wooden neck and an instrument that is pleasing to hold. He mentored Bob Browder in the Apprenticeship Program.