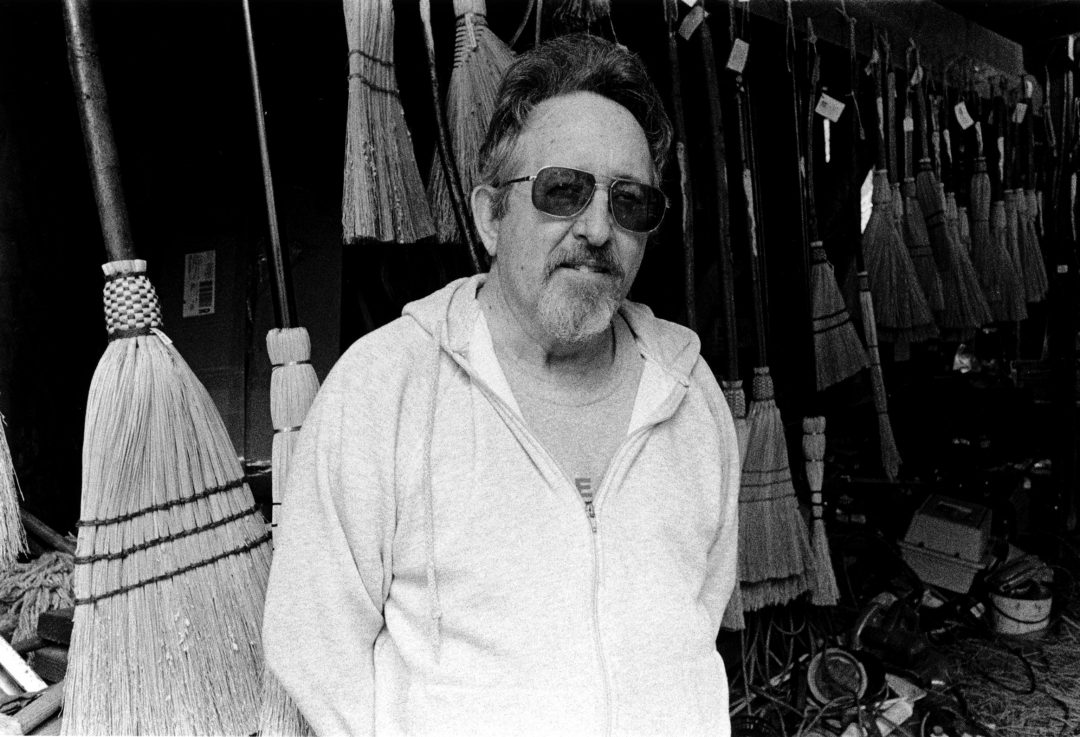 Broom making has enjoyed a long history in Appalachia and throughout Virginia. Initially, brooms were made primarily as a home craft, and then later became a vibrant cottage industry. Broom makers set up shops in towns throughout Virginia, and it was quite common to see broom corn hanging to dry in homes and shops throughout the region. William “Larry” Counts has been making brooms for more than thirty-five years, and has become a popular fixture at area music and craft festivals. Larry’s work is quickly recognizable by the distinctive face he carves into his brooms’ handles. Over time, Larry has sought to pay back the older masters who taught him this time-honored craft by teaching his techniques to others. Larry has had several students over the years, but was particularly encouraged by the enthusiasm of two of his apprentices, Thomas Vail and Dee Puckett.

I’ve been around to a lot of the craft shows, and I’ve seen his brooms everywhere. And what I love about it is each one is different. It’s something made by hand. And besides, he is my uncle, so it’s really a legacy thing. It’s a way for us to get closer together. He’s my father’s brother, and my father’s deceased. So it’s really a way for me to connect with my dad, too.
-Dee Puckett