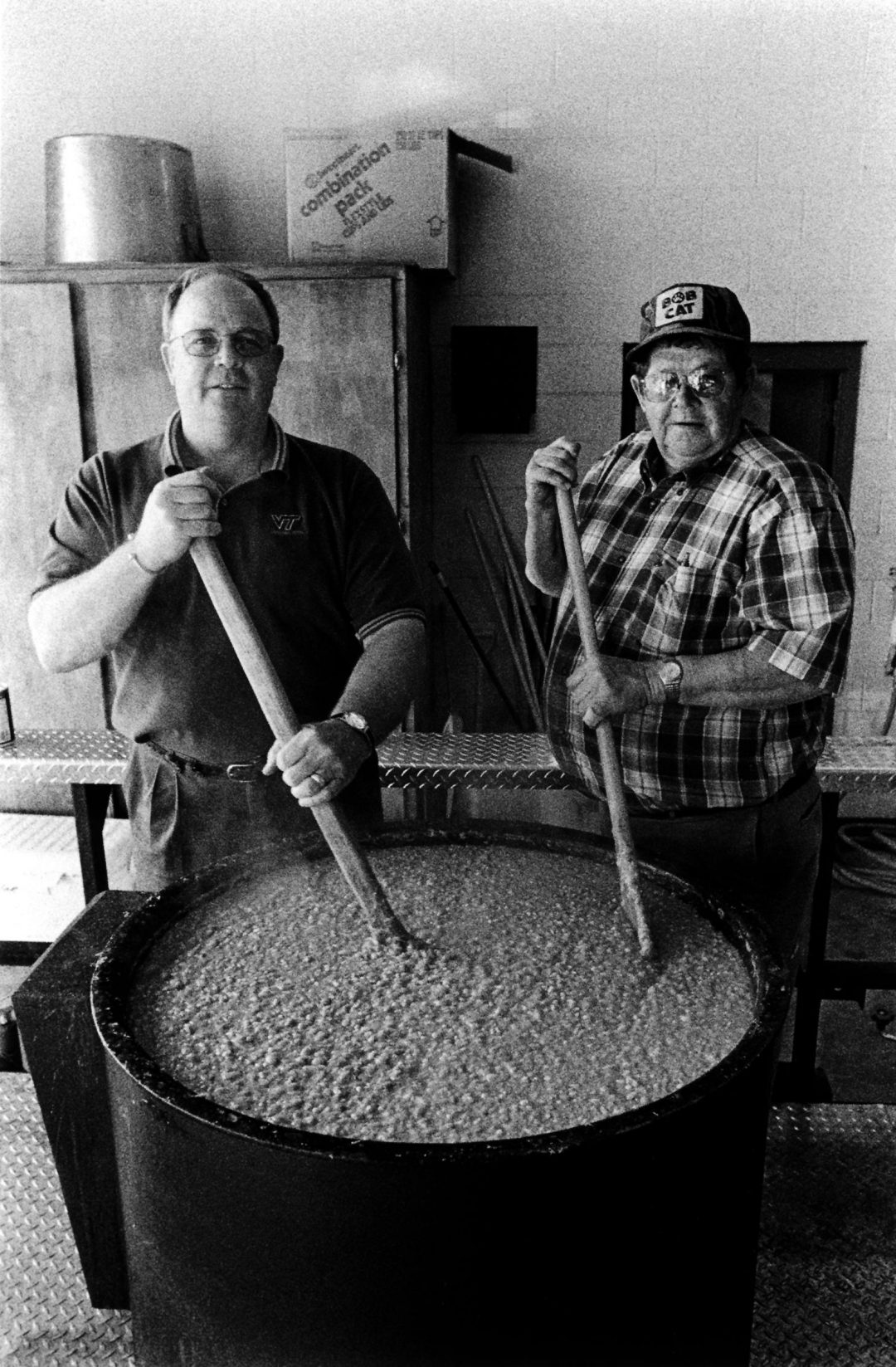 What began, according to area legend, as a communal meal prepared for a hunting expedition on the banks of the Nottoway River in 1828, the cooking of Brunswick stew has evolved into a time-honored tradition—a staple at community gatherings, a source of regional pride, the focus of spirited competition, and a true Virginia culinary art. In Brunswick County, the eight-hour process of cooking a hundred or so gallons of stew is performed in fire houses and other community gathering places by groups of men, or “Crews.” Each crew is led by a “Stewmaster,” a title that takes years to attain. John D. Clary first helped cook Brunswick stew under the watchful eye of Stewmaster McGuire Thomas when he joined Lawrenceville Volunteer Fire Department in the fall of 1973, eventually ascending to the level of Stewmaster in 1988. John has been an avid participant in the”Stew Wars” with Brunswick, Georgia, which also asserts a claim to the stew’s origins. John joined fellow Stewmasters Phil Batchelor and Lonnie Moore to tutor closely their apprentice, Chiles Cridlin. Chiles is now a proud member of John Clary’s Proclamation Stew Crew that will cook any size stew, anywhere, for anyone, as long as it doesn’t interfere with a Virginia Tech football game.

Since getting hooked up with us, Chiles has been in on nearly every stew we’ve done. And I think he’s taken a little something from all of us. Lonnie took him under his wing on some things, then he’d spend time with Phil, then me. Because each Stewmaster is going to do it a little different. I can close my eyes, taste a stew, and probably tell you who made it. But on this last stew, we just sat back, and let him run the show. We just helped him stir, peel, whatever. Well, okay, maybe we let him know when he’s late on this, or if it could use a little more of that. That’s going to happen, you know. But I’ll tell you, I think he’s ready to fly on his own.
-John D. Clary