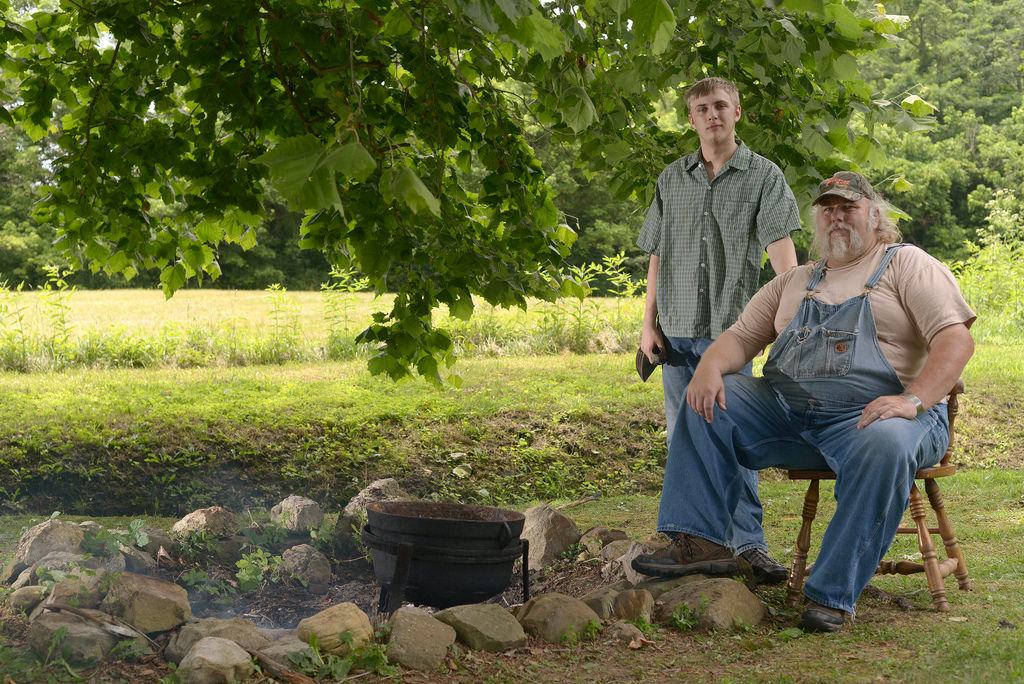 Nestled in the southern Appalachian Mountains, Saltville is named for its unusually high number of salt marshes, or, as locals call them, salt licks. Saltville’s natural salt deposits have influenced the history of the region since at least the late Pleistocene period, when they drew not only massive Ice Age mammals such as mastodons, woolly mammoths, and ground sloths, but also the Paleoamericans who hunted them. (Paleontologists and geologists still study the area today.) As early as the seventeenth century, European settlers began to trade salt they had harvested from the brine wells scattered across the valley floor, and Saltville quickly became one of the three largest salt-making centers in America. During the Civil War, when salt was crucial for preserving the Confederate army’s provisions, nearly two-thirds of the South’s salt was produced in Saltville. Two bloody battles were fought over Saltville in 1864, with the Confederacy first successfully defending and then surrendering the town. The second battle, which resulted in the destruction of the town’s salt works, contributed significantly to the Union’s ultimate victory. Jim Bordwine’s family has lived in and around Saltville since the 1770s, and his ancestors fought in those battles. He has dedicated his life to educating the public about Saltville’s history and continuing its traditional craft of making salt from the abundant marshes. Jim will pass down his family’s traditional knowledge through the apprenticeship to his son, Baron Bordwine.