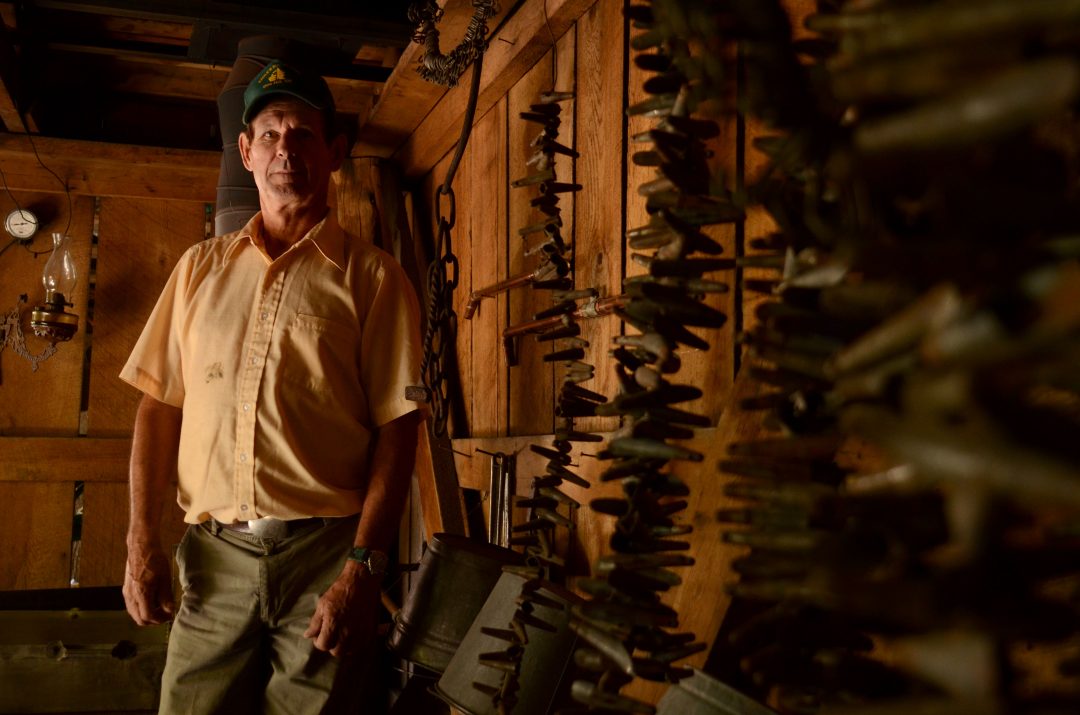 Stunningly beautiful Highland County, Virginia, is the southernmost site in the United States for the production of maple syrup, where “Sugar Camps” have traditionally been small-scale, family-run operations. The syrup-making process begins with the tapping of maple trees to collect the clear, almost tasteless sugar water. Collected in buckets or through plastic tubing, the sap is boiled in kettles, pans, or evaporators until a barrel is finally reduced to a gallon of pure maple syrup. It is rugged work, conducted in often brutal winter conditions. The Eagle family of Doe Hill, Virginia, has been producing maple syrup from their sugar camp for more than six generations, using both traditional and more modern methods. Virginia Folklife Master Jay Eagle learned the craft from his grandfather, who tapped the family’s maple trees well into his nineties. Now Jay is apprenticing his own grandson, Tyler Eagle, who is learning to carry on the maple-sugaring tradition.