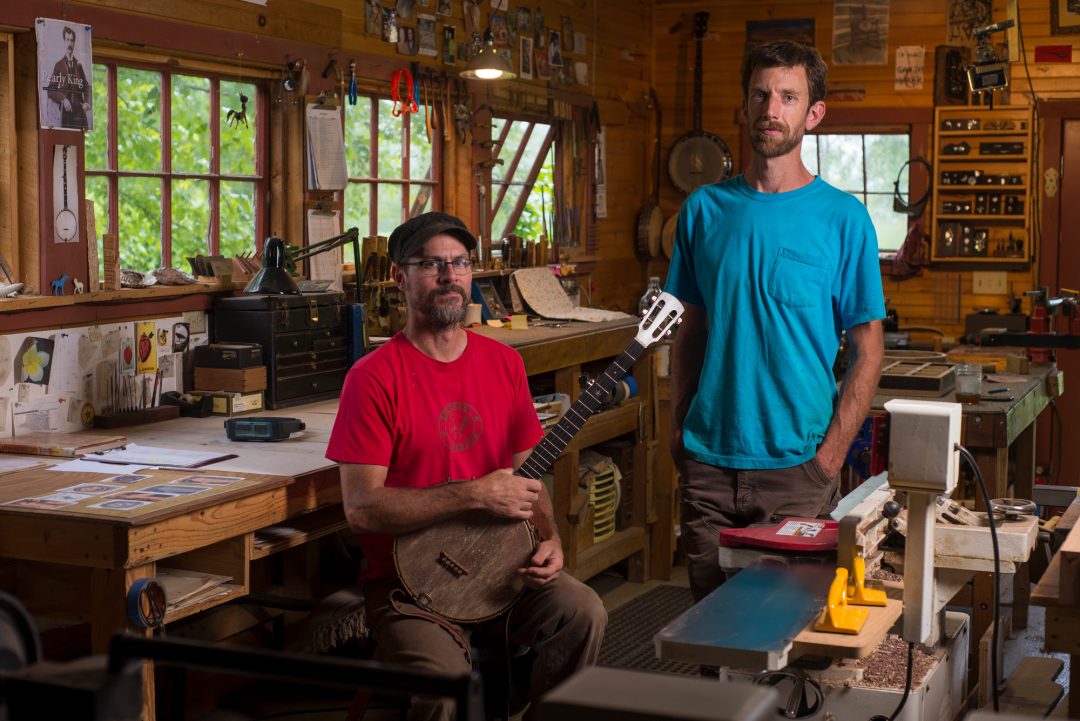 Greg Galbreath, left, is training apprentice Peter Keller in the art of old-time banjo making and the intricate inlay Galbreath is known for. The pair photographed at Buckey Banjos in Eggleston, Virginia on 8/11/17. Photo by Pat Jarrett/Virginia Folklife Program 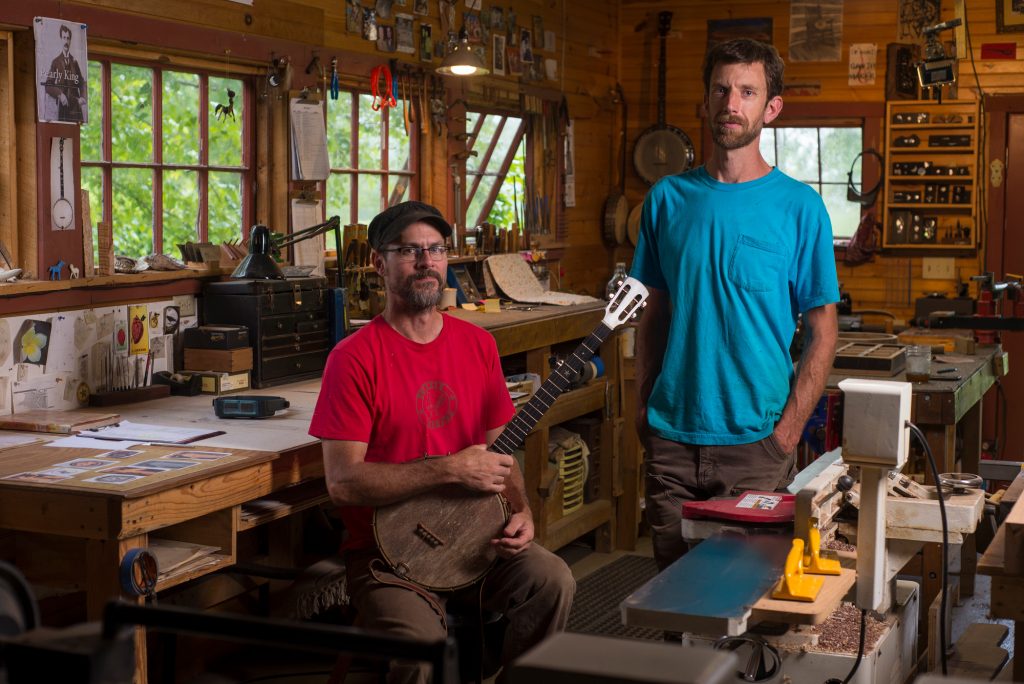 Just as old-time mountain music has risen in popularity across America and the world, so has the art of banjo making. Unlike the three-finger-picking style for bluegrass banjo popularized by Earl Scruggs, most old-time players use the “clawhammer” technique, where the thumb is bounced off the top fifth string, and the fingers are brushed down across the others, playing a more rhythmic function, largely supporting the melodic fiddle. The banjo of choice for these players is often one with an open back. Until recently, there were few contemporary makers of open back banjos, and those who wanted to play one would usually have to purchase their instrument at collectors’ prices. Greg Galbreath of Eggleston, Virginia, in Giles County, first learned the art of open back banjo making from Mac Traynham, a 2010 Master Artist in the Apprenticeship Program, who himself learned from the eminent Kyle Creed. Greg has since mastered the art of building the five-string open backed banjo, including the art of inlay and hand engraving of pearl, and his banjos are sought after by old-time players all over the world. Greg says of his craft: “Knowing that I am carrying on a tradition that can be traced back hundreds of years to Africa, through the early industrial period when minstrel music flourished, to the late Victorian era when Italian immigrants perfected the art of engraving, and then to the southern Appalachian mountains is incredibly humbling.” Greg will apprentice woodworker and boat builder Peter Keller, who has already built his first banjos under Greg’s tutelage.