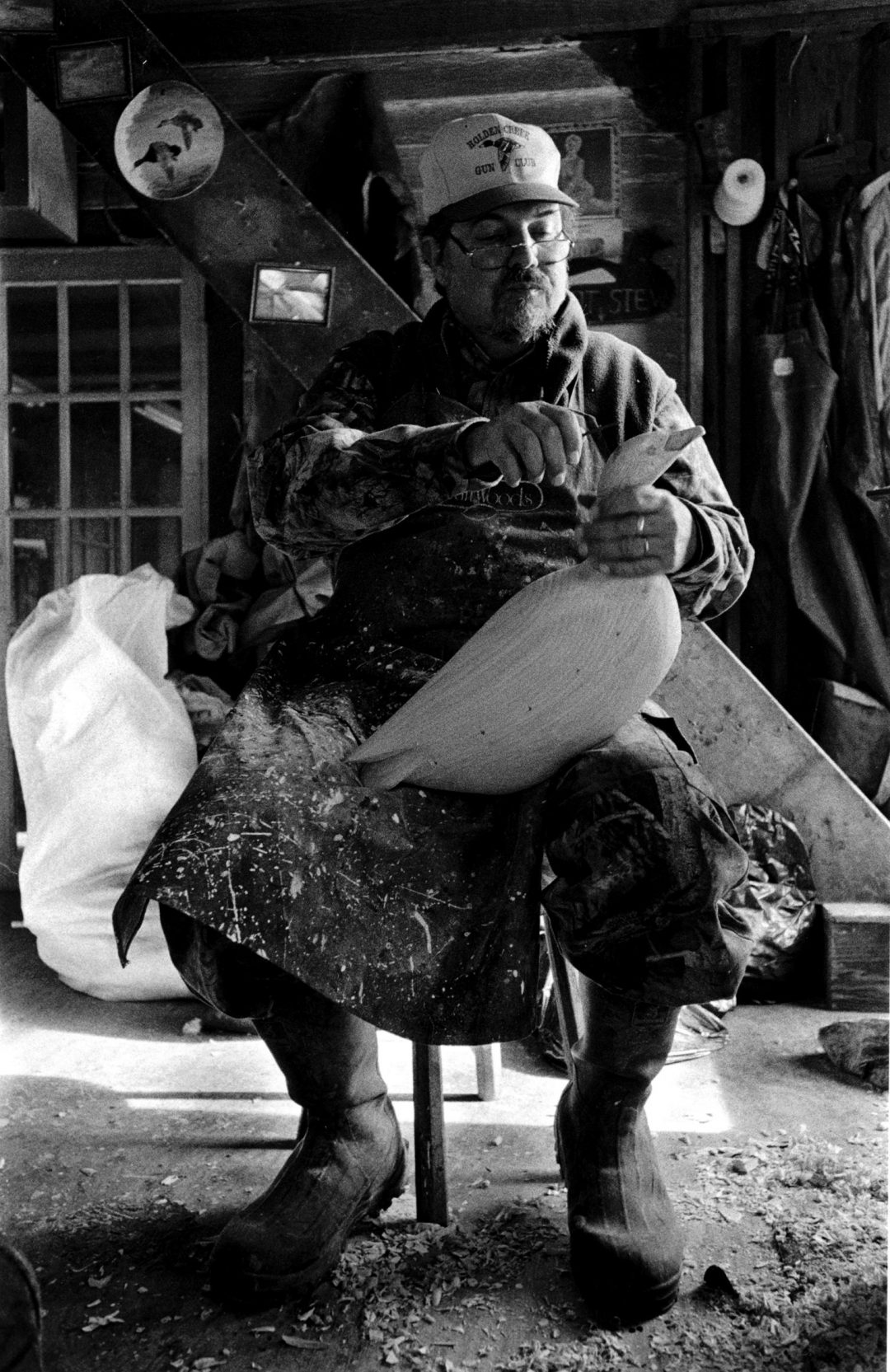 The Eastern Shore of Virginia, a narrow peninsula stretching roughly seventy-five miles between the Atlantic Ocean and the Chesapeake Bay, has long been a veritable hotbed of decoy-carving masters. The area around Chincoteague Island has been particularly fertile ground for decoy carving over the years, home to the legendary carver Ira Hudson, as well as Dave “Umbrella” Watson, “Cigar” Daisy, Delbert Hudson, and Miles Hancock. Grayson Chesser can trace his family’s roots on Virginia’s Eastern Shore back to the mid-1600s. As a young man, Grayson learned at the feet of Hancock and other Chincoteague masters, at a time when the wooden duck decoy tradition was being threatened by the development of plastic hunting decoys. The homemade wooden decoy, traditionally the self-taught craft of the waterman for the specific purpose of hunting, has since become a coveted art object among art collectors, and Grayson’s decoys are always in high demand. And while many of his decoys end up directly on the collector’s shelf, Grayson, himself an avid hunter, still carves each to be a working, hunting decoy. Grayson and his apprentice, Eastern Shore native Robie Marsh, Jr., shared carving secrets and hunting tales in the woodshop and house where Grayson’s mother and her father and grandfather grew up, in the tiny town of Jenkins Bridge along Holden Creek.

The old carvers who taught me, guys like Miles Hancock, they’re all passed and gone. There’s nothing I can really do to thank them now. So I always thought that if maybe there’s somebody else I can help, then that could sort of be my way of repaying them. So, this work I’m doing with Robie is really a continuation of what those guys have done for me.
-Grayson Chesser