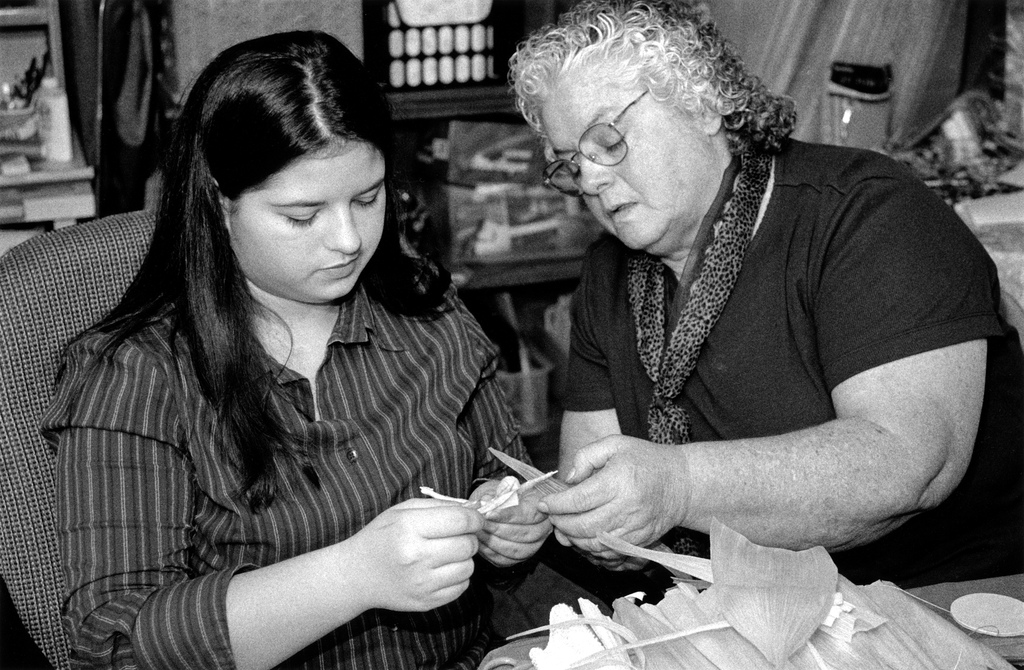 A version of corn shuck doll making was likely first introduced to settlers in Southwest Virginia by Native Americans, though it was also a staple craft of early Mission Schools in the region. The art of “Corn-shuckery” resonated with many Appalachians, as they had already grown accustomed to creating most of their clothing, tools, and even toys by hand. Relying on a family heritage of traditional skills such as woodworking, spinning, weaving, and stitchery, Ganell Marshall has been using native materials to create corn shuck and apple head dolls for more than forty years. Ganell has known her apprentice Sarah Mullins since Sarah was a young girl, and has always been impressed with her interest in carrying on this increasingly rare craft.

I always wanted to learn this, ever since I saw a doll that Ganell had made. And I started to notice that more and more it seems like people in this area don’t appreciate their heritage. In fact, I can’t think of anyone I know in my high school who seems interested in this sort of thing. But I think they’re missing out. Making these corn shuck dolls, it can be hard in parts. But it seems like the more I work at it, the easier it gets.
-Sarah Mullins