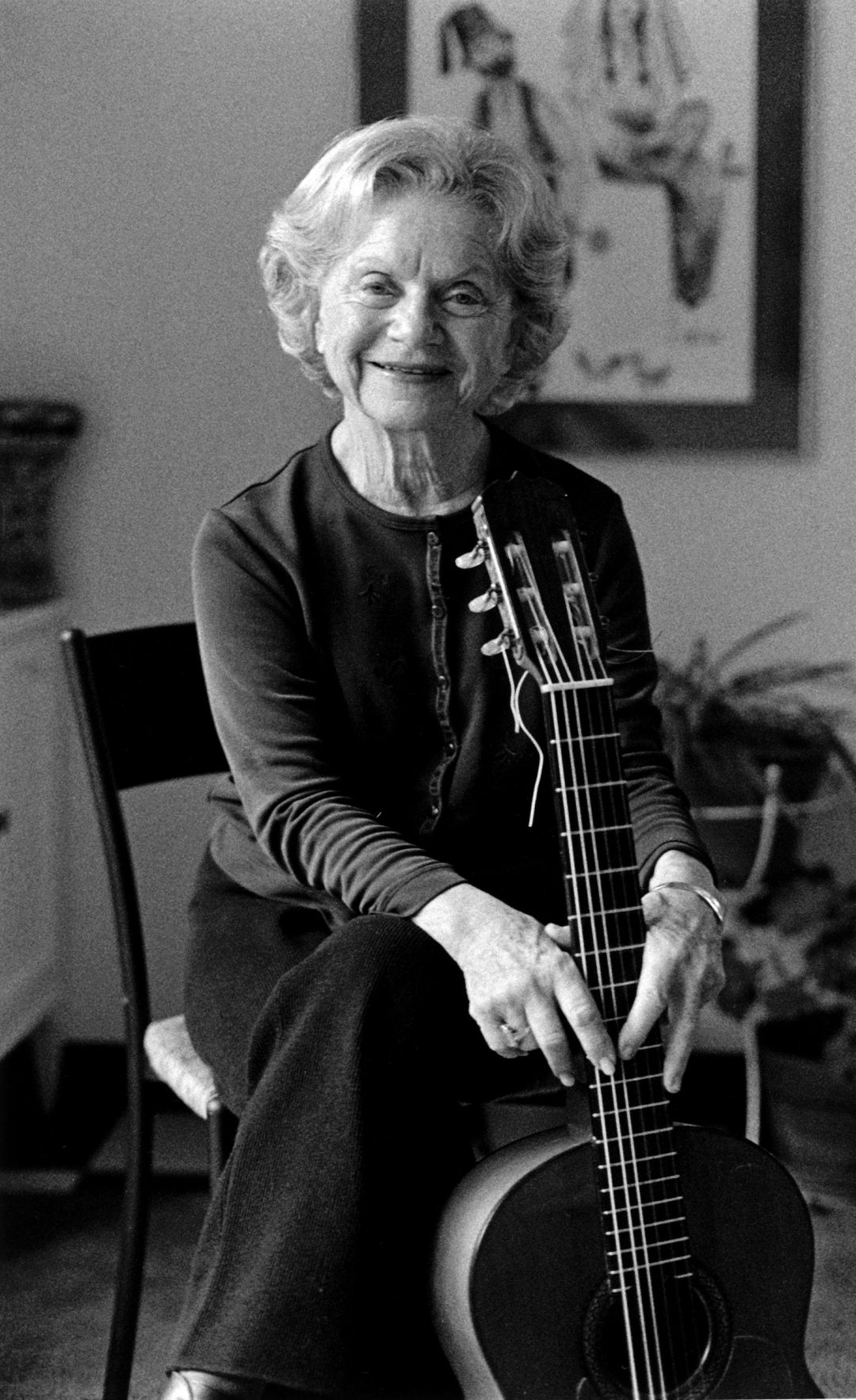 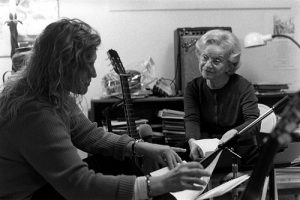 Flory Jagoda (photo right) sings songs she learned from her nona (grandmother) as a child in pre-WWII Sarajevo – songs which have been passed down in her family since they fled the Spanish Inquisition in 1492.  All of her ballads are sung in Ladino, a Judeo-Spanish language dating back centuries.  Today, Flory is known as “the keeper of the flame” of the once rich Saphardic Jewish song tradition. In 2002, Flory received a National Heritage Fellowship, a remarkable honor bestowed upon only four other Virginians in the past.

I visited with Flory at her home in Northern Virginia and she told me the remarkable role her accordion played as she escaped the holocaust as a young girl.