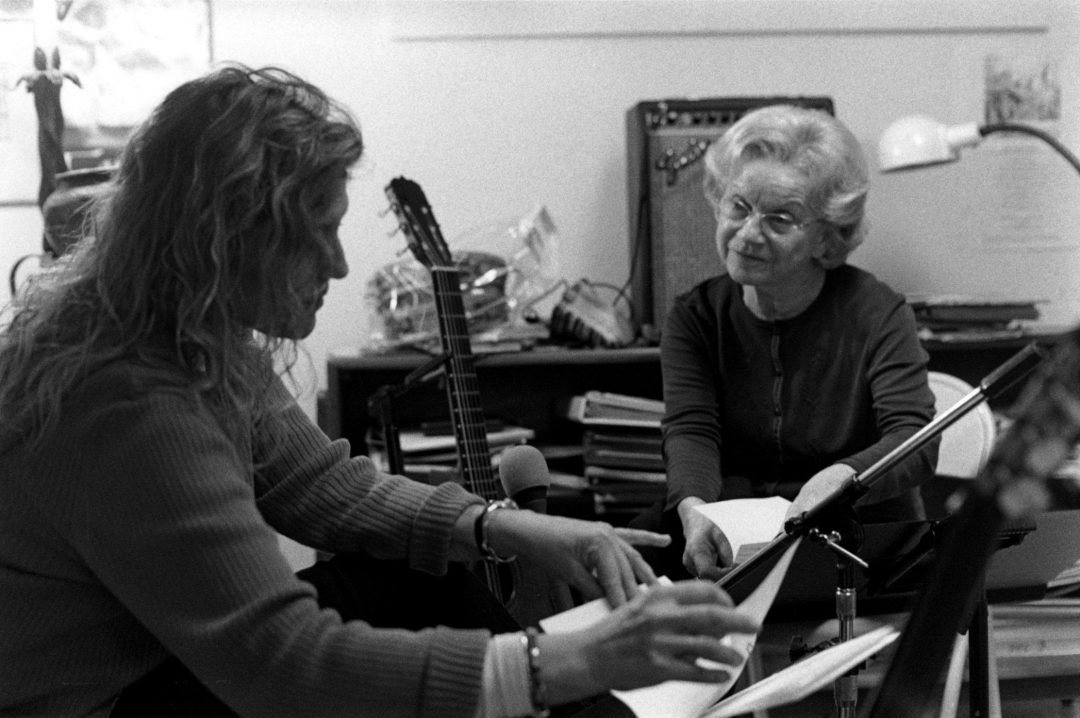 When the Sephardic Jews were forced into exile from Spain and Portugal in the fifteenth century, many settled in other Mediterranean countries but preserved their native language, called Ladino. Flory Jagoda was born in Sarajevo, Bosni, a member of the famous Altarac singing family of te Sephardi Jewish community. From her nona (grandmother), Jagoda learned songs that had been passed down in her family for generations. Jagoda espcaed the destruction od Sarajevo’s Jewish community and came to the United States after World War II, eventually settling in Northern Virginia. She has been recognized as “the keeper of the flame” of this unique musical heritage and also as a brilliant composer and arranger of new Separdic songs. Flory is truly a national treasure, and in 2002 she received the National Heritgae Fellowship, the highest honor the United States bestows upon a traditional artist. Flory is now her family’s nona, and in addition to passing her music on to her children, she has taught many other students who now perform Ladina music, including her apprentice, Susan Gaeta. Much like the other apprentices, Susan is an accomplished artist in her own right and demonstrates a deep intellectual and personal interest in carrying on this precious traditional language and music.

I arrived in America as a war bride in 1946 with a suitcase full of memories, both good memories as well as some very ugly ones. So many of us who survived the Holocaust had one thing in common—our silence. However, as we grew older, we began to feel the need to share our pain and also our many happy memories with the world. I poured my memories into songs. This is where my whole family has gone—into my songs. I loved Sarajevo and especially the music; so instead of going back there, I write songs about it. My family were all incredibly musical and they all loved to sing, so my best thing to do is make sure that this music continues.
-Flory Jagoda