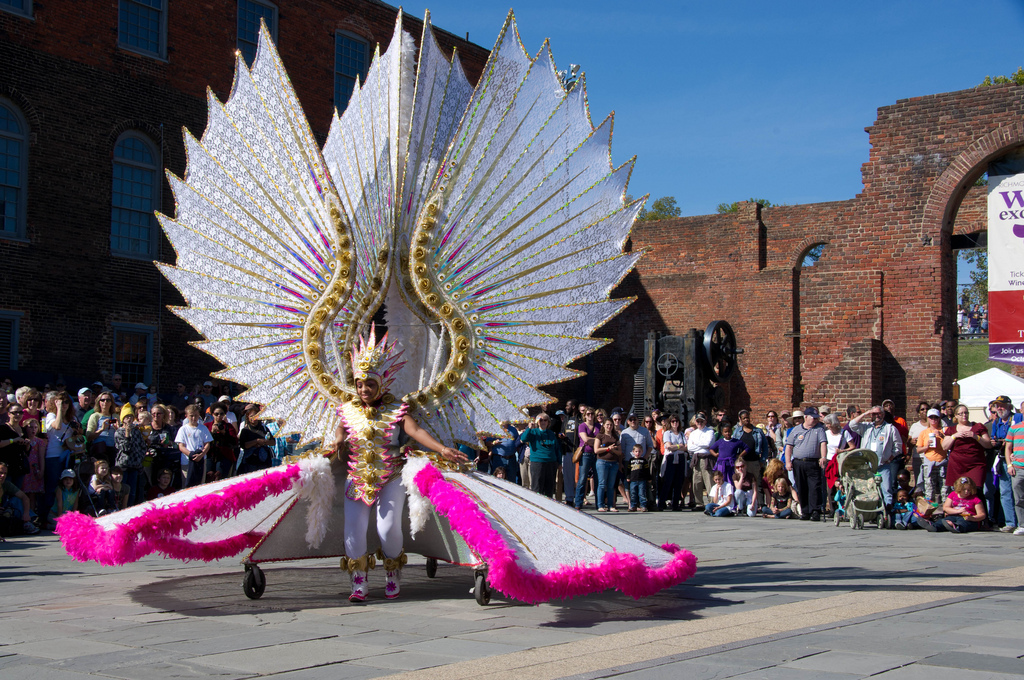 The Latin roots of the term Carnival mean “farewell to meat,” as Carnival falls on the day before Ash Wednesday, the beginning of the Lenten period. Carnival is celebrated throughout the Transatlantic world, most notably in New Orleans, Brazil, and Trinidad and Tobago. In Trinidad, “playing mas,” the socially liberating celebration of Carnival, has become a national obsession, with participants spending the better part of the year in preparation for this multiday celebration. One of the key elements in Carnival is the making of elaborate, sculptural costumes, constructed out of both natural and man-made materials. While the casual observer might view the costumes and other Carnival traditions as simple revelry, the craft is actually quite competitive, as costume makers try to outperform one another to gain the status of “top costume.” Earl Blake emigrated to the United States from Trinidad, and continues to carry on the costume construction tradition by participating in the numerous Trini-style Carnival celebrations across the country. He will teach his craft to his brother Scottie Blake.