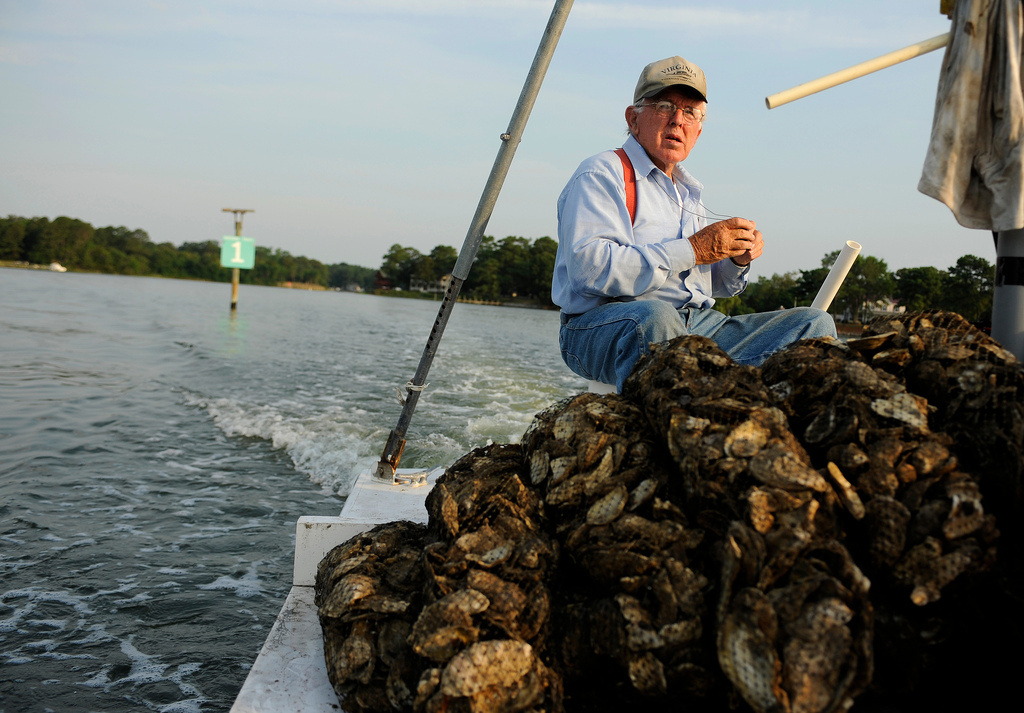 Because of the Chesapeake Bay’s ideal brackish waters, its oyster population was once one of the most plentiful in the nation, and oyster harvesting was long a booming industry throughout the Bay’s communities. During the 1960s, decades of disease, pollution, and habitat destruction led to a significant drop in the oyster population. With fewer oysters, the health of the Bay declined because oysters feed on sediment and algae which, left unchecked, cloud the water and kill underwater grasses essential to maintaining water quality. The Chesapeake Bay’s oyster population has experienced a recent resurgence as a result of innovative techniques used by watermen who have moved from the traditional planting of shells on the Bay’s floor to aqua-farming using cages, racks, and floats. Dudley Biddlecomb of Fairport is among those leading the charge toward this new form of aquaculture. Dudley has been in the oyster business for his entire life, and still lives adjacent to his family’s oyster beds on the farm where he was born. Dudley’s grandfather dredged oysters late in the 1800s, and the Biddlecomb family’s state lease dates back to 1920s. Over the years, Dudley has experimented with a variety of methods for planting oysters and he is an expert on the diverse factors that affect their health and growth. Dudley has become a major advocate and educator of these new oystering techniques, and frequently shares his knowledge at the Reedville Fishermen’s Museum. Dudley will work with Peter Hedlund to share his knowledge of the oysters of the Chesapeake region.