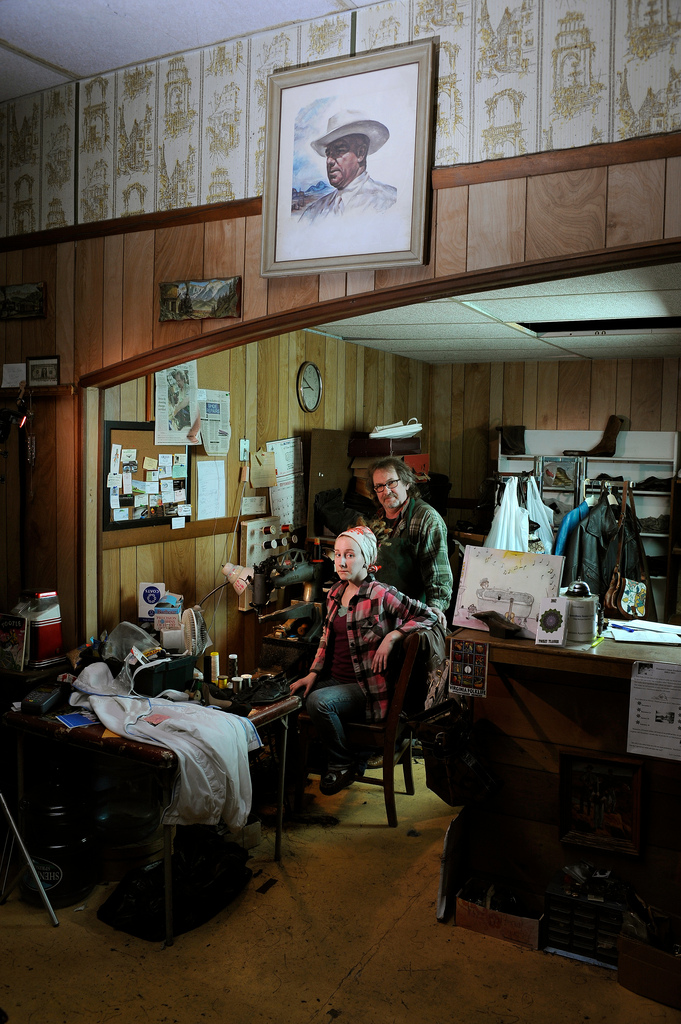 A cobbler is a craftsperson who specializes in repairing shoes. Although traditionally, cobblers also made shoes, most modern cobblers focus on repair and restoration rather than manufacture of new shoes. Cobbling is one of the oldest professions in the world, practiced for centuries around the globe. People would purchase shoes from their local cobbler, and use his services to continually repair the shoes as needed. A single pair of shoes could last for a decade or more with judicious resoling, refinishing, and minor repair work. Because of the development of mass production of shoes, as well as more recent globalization and availability of inexpensive goods, the role of the cobbler has all but disappeared. Fortunately there are a small number of cobblers keeping the tradition alive, including Dave Young, who operates a shop in Waynesboro. Dave has cobbling in his blood—his great grandfather was a noted cobbler and shoemaker. Dave will be keeping the tradition alive by apprenticing his daughter Yvonne, who has been helping out in his shop since her early childhood.