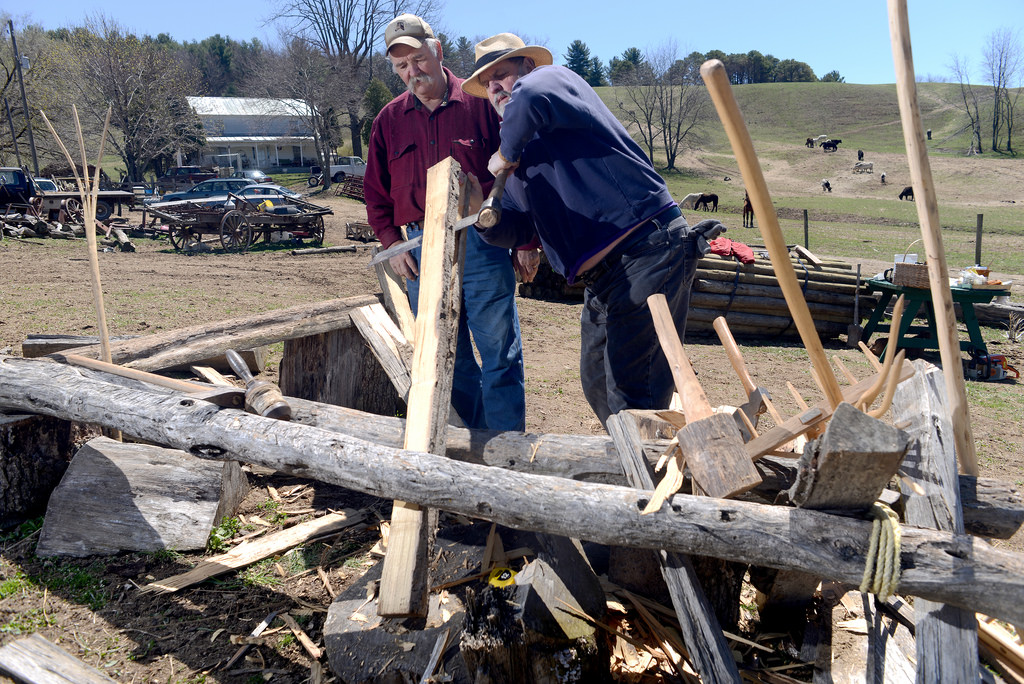 Appalachia, a region that includes Southwest Virginia, could arguably be called America’s first frontier. As early as the eighteenth century, European settlements began to expand west, with many colonists making their homes in Appalachia and its neighboring mountain ranges. Those settlers worked the land with traditional farm implements and hand tools they made themselves from local wood, employing both woodworking and blacksmithing techniques. Danny Wingate, of Elk Creek in rural Grayson County, is a longtime practitioner of the technique of wooden tool making, along with other traditional mountain crafts, such as axe-split shingle making and leatherwork. A regular demonstrator at the Blue Ridge Folklife Festival and the Smithsonian Folklife Festival, Danny attends to his craft with great expertise and unceasing enthusiasm. He will be sharing his skills with Sam Linkous, a blacksmith who is particularly interested in greenwood joinery.