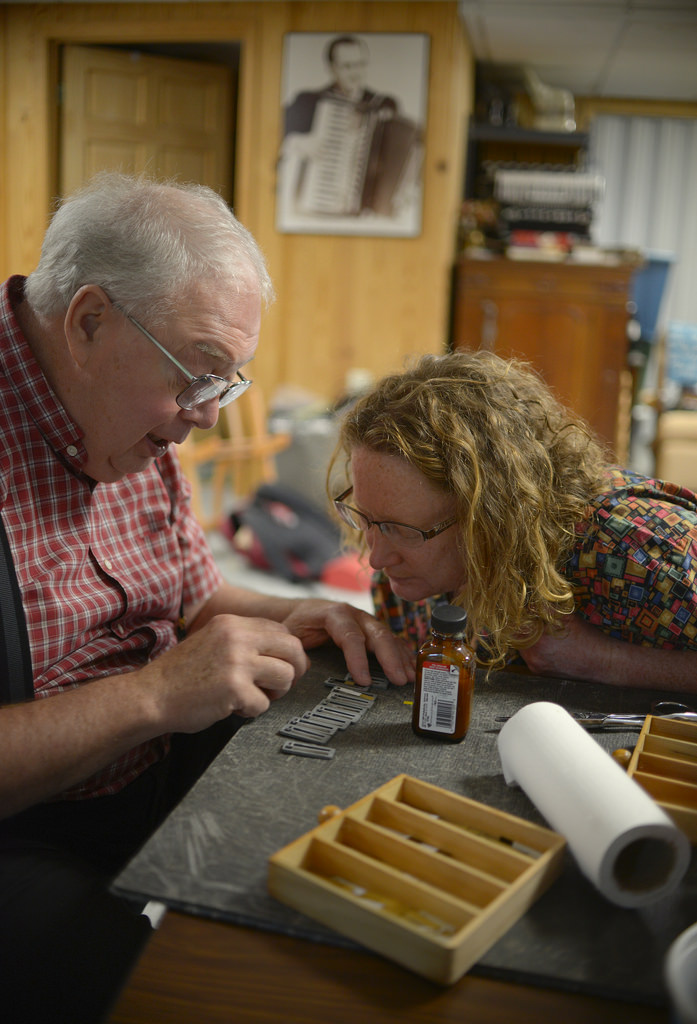 The accordion, a box-shaped instrument first patented in Vienna in 1829, was a folk instrument played largely by commoners. At the turn of the twentieth century, European emigrants took the accordion around the world and popularized it in the United States by performing on vaudeville and in a variety of musical styles including zydeco, Cajun, and polka. Dale Wise’s childhood fascination with the accordion led him to the Ottawa, Illinois, music studio of Carlos Santucci, who mentored him in the arts of accordion playing and repair. Dale is in great demand for both. He has played for countless thousands of schoolchildren and five U.S. presidents. As a repairer, he has earned the confidence of some of the finest accordionists in the world, who entrust him with their cherished instruments. Dale is on a mission to advance understanding of and interest in the accordion, and this mission continues with his apprenticeship of musical scholar and enthusiast Lori Sallade. A central project of the apprenticeship will be the restoration of Flory Jagoda’s seventy-five-year-old Hohner Student III accordion, the only possession she brought with her when she escaped Nazi-occupied Zagreb in 1941.