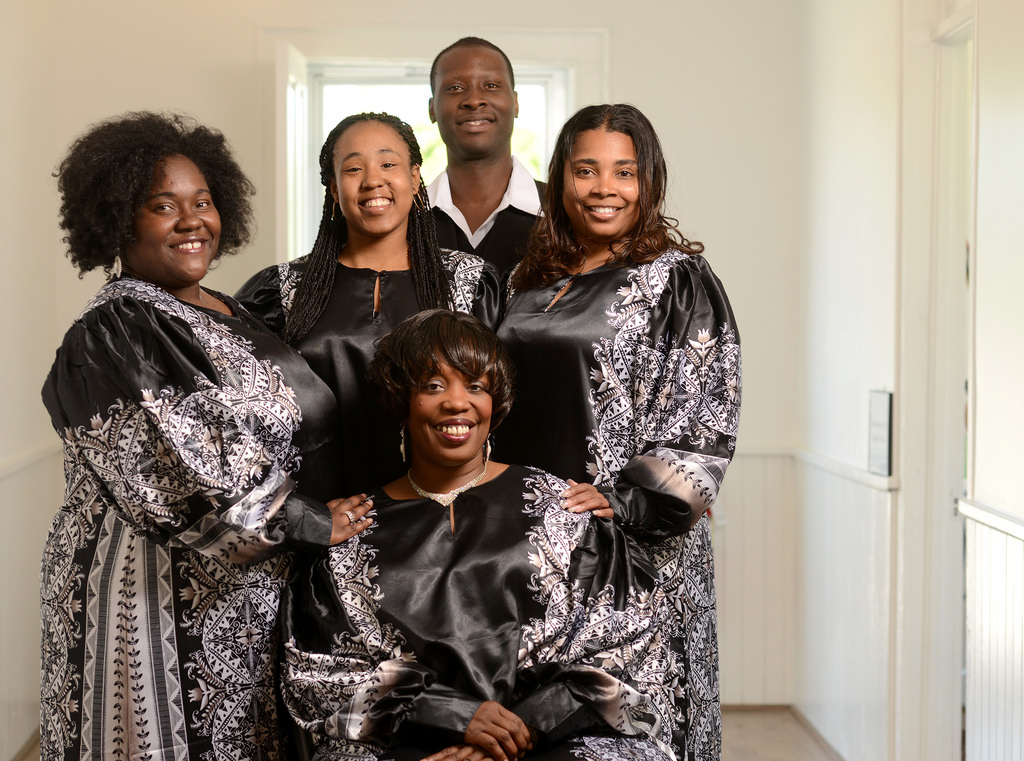 Many forms of traditional music in Virginia have risen from the church, and the Apprenticeship Program has featured many different styles of gospel singing, including Tidewater gospel singing, Old Regular Baptist hymn singing, and shape-note singing. Much of gospel music, a uniquely American style of religious song, can trace its roots to African American spirituals. While we have featured African American a cappella singers, a United House of Prayer shout band, and small family groups, we have never featured a full gospel choir, arguably the most dominant form of gospel in urban areas. Cheryl Maroney, granddaughter of Richmond gospel legend Maggie Ingram and member of the much-beloved Ingramettes, formed the Family of Praise Gospel Choir in 2012. They have been rocking the house and spreading the gospel ever since. Cheryl, known for her energy and enthusiasm on stage, will apprentice member Robinette Cross.