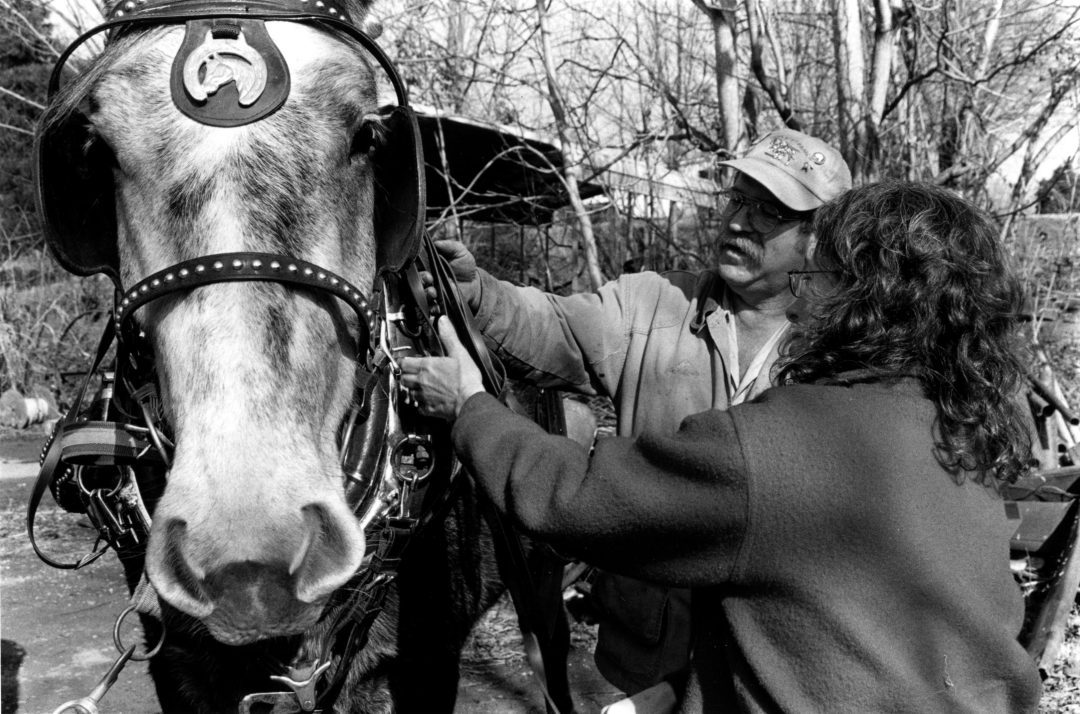 Long before the majority of agricultural life became mechanized, farmers relied on draft horses and other animals to carry out most of their daily tasks and to serve as the central means to transport their goods to the marketplace. Draft horses are the larger, more muscular breeds of horses, including Clydesdales, Belgians, and Shires. While the traditional skill of handling draft horses is largely lost on today’s generation, it remains alive in the work of draft horse teamster Marshall Cofer, who learned this craft as a child growing up on a farm in Bedford County. Marshall’s family didn’t own a car until he was thirteen, so they relied on horses as their sole means of transportation. As a teenager, Marshall delivered the Grit, a weekly newspaper, by horseback, covering an eighteen-mile route. Marshall now breeds and drives Percheron draft horses, and he has demonstrated his skills to many young people, including at the farm museum at the Blue Ridge Institute in Ferrum, where he met his eager young apprentice, Rebecca Austin. Rebecca used her apprenticeship with Marshall not only to continue this tradition herself, but also to assist him in teaching it to others.

Most of this stuff, it’s not just about gaining a skill. I mean, I can say that with the horses especially, it’s not just like sitting down and learning how to make something. It’s a living thing. And I can’t imagine that if I keep on with this, that I’ll ever stop learning about it. It’s a way of life, really, and it’ll be forever.
-Rebecca Austin