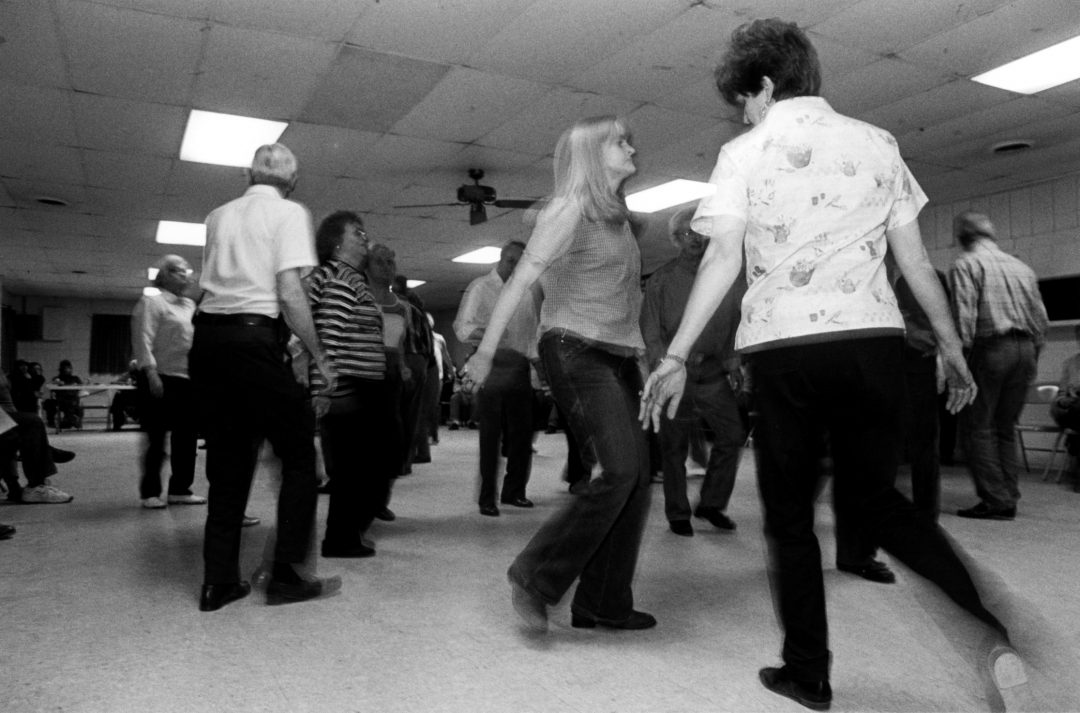 Flatfooting, an old-time dance style closely associated with traditional string band music, is quite distinct from its closest cousin, clogging, in that the dancer’s feet barely leave the floor. Distinct styles of flatfoot dancing remain remarkably local, and Patrick County, located on the eastern slopes of the Blue Ridge Mountains, has long been revered as a hotbed of flatfoot masters. Brenda Joyce grew up in the heart of Patrick County in the town of Stuart among some of the finest flatfooters, not the least of whom was her father, the legendary Hoy Haden. Hayden was a fixture at area dance floors and fiddler’s conventions, winning countless blue ribbons at flatfoot competitions. While Brenda does not care to participate in contests herself, she entered the prestigious dance contest at the 2003 Galax Fiddler’s Convention when her father was too ill to compete. She came home with the blue ribbon. Hayden passed away shortly thereafter, and Brenda has never defended her title. Hayden’s buoyant dancing steps live on today in Brenda, as well as in the fleet feet of her apprentice and daughter, Shannon Joyce.

My daddy was a great dancer, probably considered one of the best this area has ever seen. I learned to dance from him, but I developed my own steps, my own style. That’s how I’d like Shannon to learn. I want her to carry this on, but in her own way.