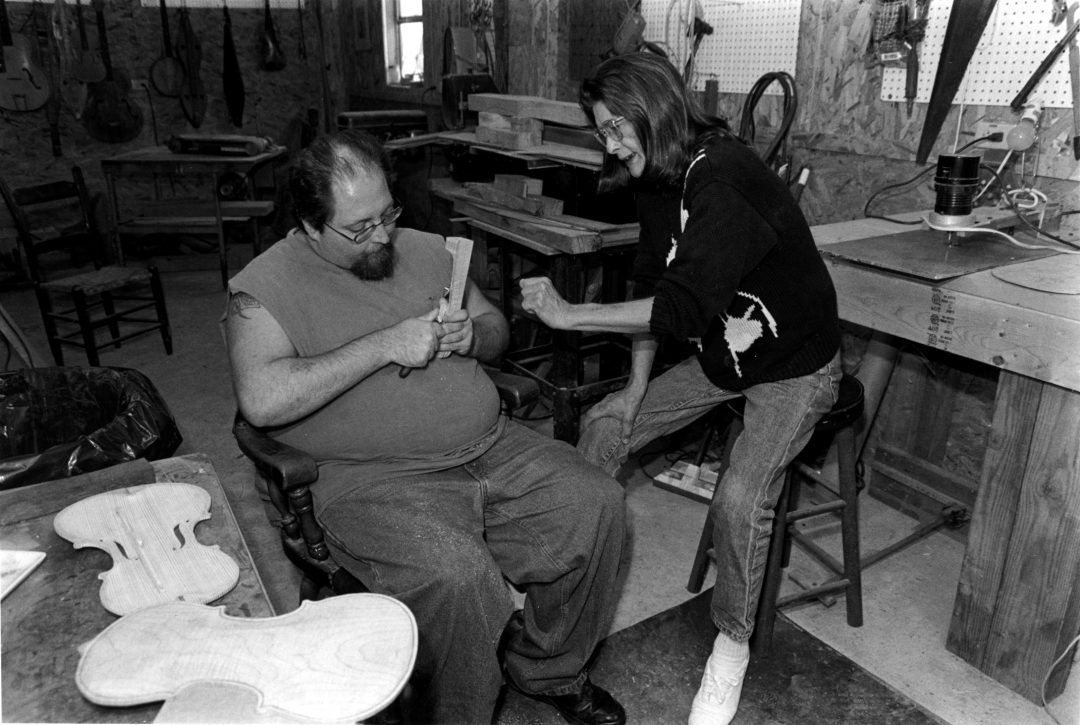 There is perhaps no sound more associated with the Blue Ridge Mountains than that of a bow gliding across the strings of a fiddle. While much attention has been focused on the masterful work of the great players of this time-honored instrument, it is equally important to pay honor to the great fiddle makers of the region. Audrey Hash Ham is the daughter of the late Albert Hash, the much beloved fiddle-maker who taught so many of the area’s finest luthiers. Fiddle making is in Audrey’s blood—in fact, when she was born, Albert couldn’t afford her medical bills, and famously traded the doctor a homemade fiddle for her delivery cost. Audrey began learning to make instruments at her father’s side when she was seven years old. Today, Audrey carries on her father’s legacy by attending to her craft with a generous heart and joyous spirit. While she has trained many young students in the art of fiddle making, she considers apprentice Carl Powers to have been her most dedicated student.

My daddy always told me that there just aren’t any shortcuts in this. He always said that if you figure out a shortcut, then you’ll just have a wall hanging. You won’t have a fiddle. You see, this fiddle making, this is the thing that separates the men from the boys. Or, I guess in my case, you can say it’s what separates the women from the girls! But seriously, if you don’t love it, you’re not gonna sit around and carve something like this for days—and that’s what it takes to do it. If you don’t love this work, then you just won’t do it!”
-Audrey Hash Ham