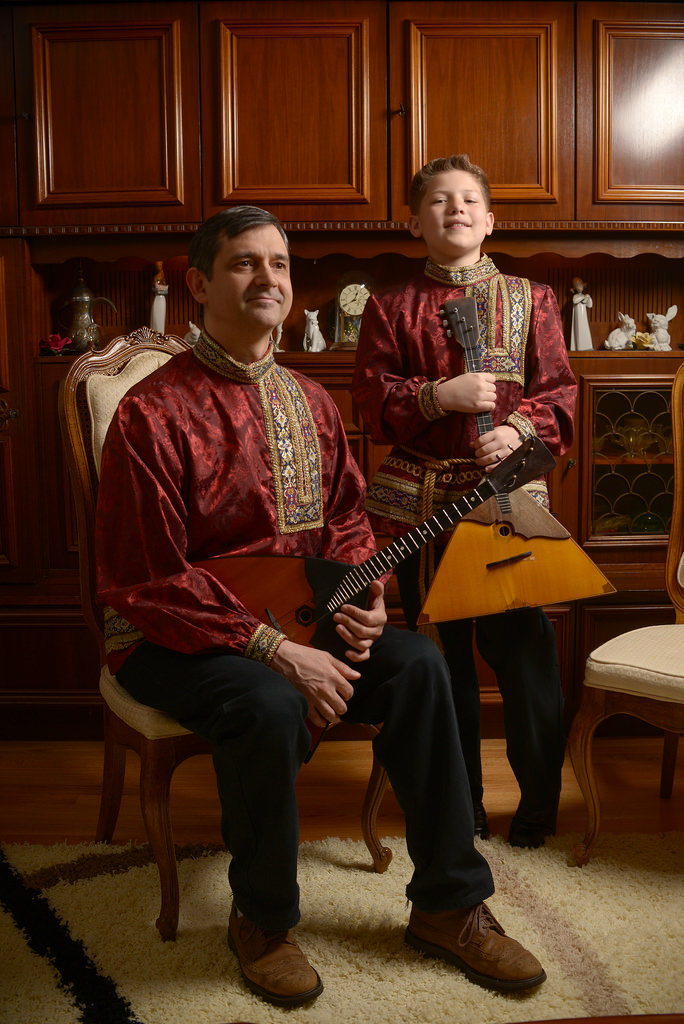 The balalaika, a traditional Russian stringed instrument with a triangular wooden body, is often referred to as “the Russian three-string guitar.” It was considered a folk instrument in Russia, and played at community and family gatherings rather than in the country’s esteemed concert halls. That changed in the late nineteenth century, when a wealthy violin student named Vasily Andreyev created the first Orkestr Russkikh Narodnikh Instrumentov (Orchestra of Russian Folk Instruments). This balalaika-led folk orchestra became a great commercial success, and similar groups thrive in most Russian cities. These types of groups have expanded across the globe, but the largest balalaika orchestra outside of Russia is based in Arlington, Virginia. The Washington Balalaika Society has enjoyed dedicated and enthusiastic membership support since its inception in 1988. In recent years, its orchestra has been revitalized by the arrival of balalaika master Andrei Saveliev. Andrei is originally from Saint Petersburg, Russia, where he trained as a balalaika soloist at the Rimsky-Korsakov Conservatory. Andrei joined the Washington Balalaika Society Orchestra after arriving in Virginia and has become nationally recognized as a soloist. He also plays contrabass balalaika in the Saint Petersburg Trio. Andrei loves to teach and uses the same techniques by which he learned to play. His apprentice is one of his most promising young students, Aaron Mott, of Burke, Virginia.