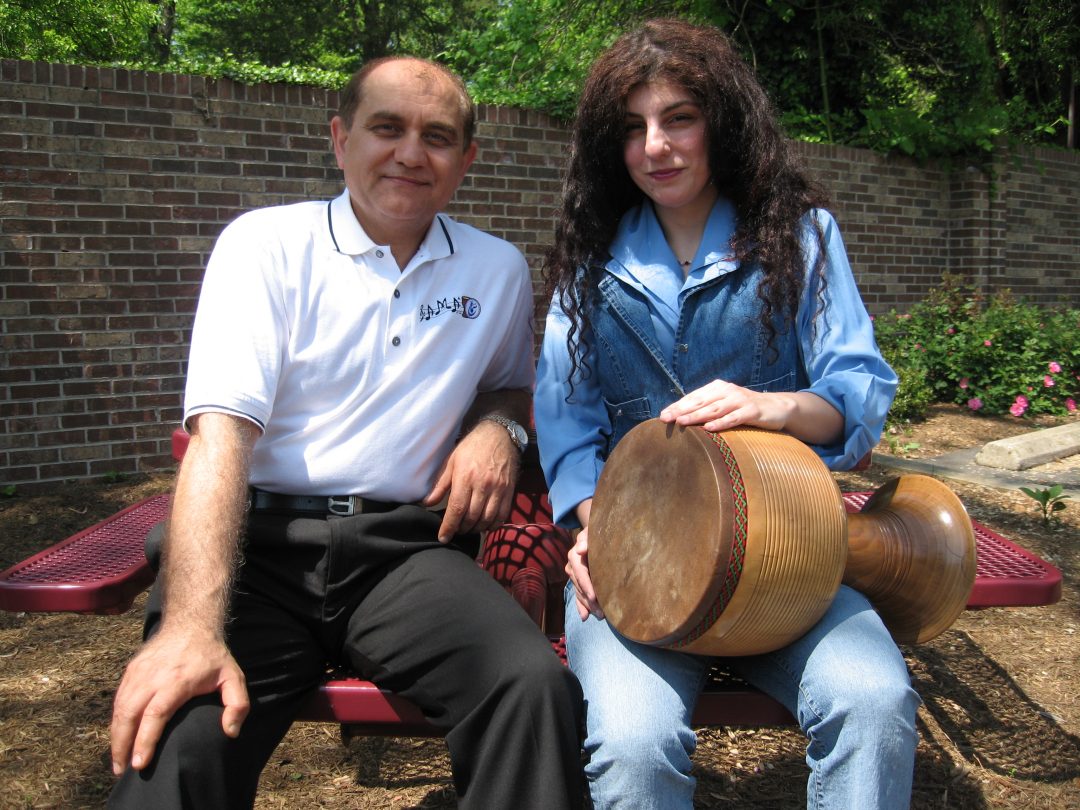 Dr. Ali Reza Analouei, born in Esfahan, Iran, has made his life’s work to apply the mystical traditions of Sufism and Irfan to the music he plays and teaches. He began playing the Tombak and Daf, pre-Islamic drums of Persia, at the age of ten, and as a young member of the Kakh-e Javanaan Ensemble met and performed with many prominent Persian musicians. Ali emigrated from Iran to the United States in 1986 and has since been playing and teaching Tombak throughout the Washington, D.C., metropolitan area. A member of several music groups based in the mid-Atlantic, Ali has played internationally in many concerts and ensembles during the past two decades. His apprentice, Behnaz Bibizadeh, has been studying Tombak and Daf exclusively for many years and has herself begun teaching and inspiring many young students throughout Northern Virginia.