A Conversation With Laura Ortiz 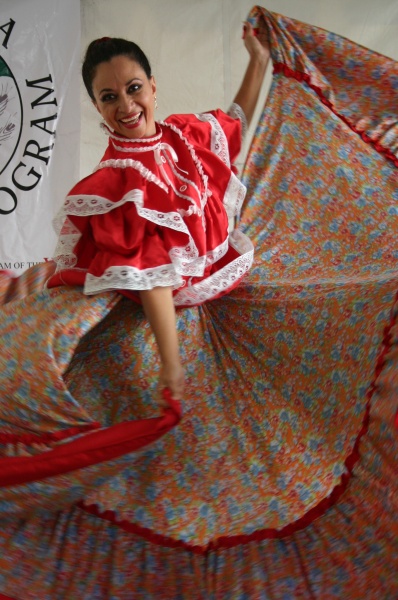 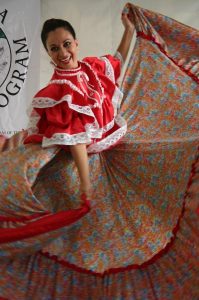 “The story of Virginians, other than the story of Virginia Indians, is about people coming from other places,” says Jon Lohman, director of the Virginia Folklife Program at the Virginia Foundation for the Humanities (VFH). “You often find that when people are displaced, their traditions from home become more important to them, more pronounced, and more conscious.” The Folklife Apprenticeship Program—a hallmark of the Virginia Folklife Program since 2002—celebrates the commonwealth’s diverse artistic heritage by pairing master artists with apprentices in their community. These nine-month learning intensives occur in traditional settings—an open pasture, the gritty floor of a garage, an intimate living room—to encourage a deep understanding of the chosen skill. Through the program, folk traditions as old to Virginia as Chickahominy dance and as new as Mongolian mask making are recognized as essential tributaries to Virginia’s shared cultural identity.

Mexican Americans are among the fastest growing ethnic populations in Virginia, and the community practices a rich and distinct set of cultural traditions. A pioneer of Mexican culture in Virginia is Laura Ortiz, a Mexican folk dancer who founded the Los Quetzales Mexican Dance Ensemble in Arlington. Ortiz participated as a master artist in the Apprenticeship Program in 2005–2006 with her then-fifteen-year-old daughter, Ariel Hobza-Ortiz. Ortiz spoke to us by phone about her experience with the program and the challenges of teaching traditional folkloric dance in a displaced community.

VFH: How would you describe Mexican folk dance?

Ortiz: It’s where I came from and what my children also came from. In Mexico we dance at social events, such as religious celebrations for the state or the patron of the town, baptisms, weddings, graduations, political celebrations, or federal holidays. Mexican culture is a fusion of indigenous as well as French, Austrian, African, Spanish, even Arab cultures. The style of the dance reflects the environment that they came from. For instance, the skirts might reflect the movements of the ocean, the waves, or the palm trees, the desert, or the mountains.

VFH: How is folk dance different in Mexico than it is in Virginia?

Ortiz: Dance is part of the curriculum in the schools in Mexico and most universities have a professional dance company. These traditions are alive and passed on from generation to generation. A lot of musicians learn through apprenticeships in the family, their relatives playing outside their home after a long day’s work. They just sit down on the porch and take their guitars out. That’s how they relax. The children learn these dances because they are breathing it and watching it.

When we do our productions in Virginia we try to recreate the environment of Mexico so people can remember what it was like, but we don’t have many of the same resources so we have to work a little bit harder. I try to talk to my daughter and my students about where these dances come from so that they can relate and have some point of reference.

VFH: What expectations did you have going into the apprenticeship, and what was your experience working with your teenage daughter?

Ortiz: When I dance with my daughter I am passing on the tradition in the most passionate and authentic way. I want her to make it part of her culture, part of her heritage—not just learn it because it’s fun, or because it’s challenging. I was expecting my daughter to do a better job than anyone else. I would notice a slight imperfection and be like, “No, that’s not right. You’ve got to do it again.”

The dance we focused on is called Jarabe Nayarita, and it is from the coastal state of Nayarit. The biggest challenge was building up endurance and the complication of the steps with the turns and twirls of the skirt and the fast pace of the dance, but also the length because the dance is about seven minutes long. We started slowly, meeting once a week for an hour, and as she was able to pick up more footwork we increased the time to meet. Her homework was to practice the sequences by herself. We broke down the steps and she acquired the skills through repetitions. Then we increased it to two to three times a week for two to three hours each day until she had it.

VFH: What inspires you to teach your tradition in Virginia?

Ortiz: I started dancing when I was very young in Mexico and I have taught for nearly thirty years. When I first arrived in Northern Virginia there was not much of a Mexican community. There was a lack of that and it was burning in my heart and in my soul. I was like, I have all this training, this information, all this ability and all this knowledge and I had to do something with it. So I decided to found a company for the purpose of passing it on.