Southwest Virginia the place to be this weekend for great music 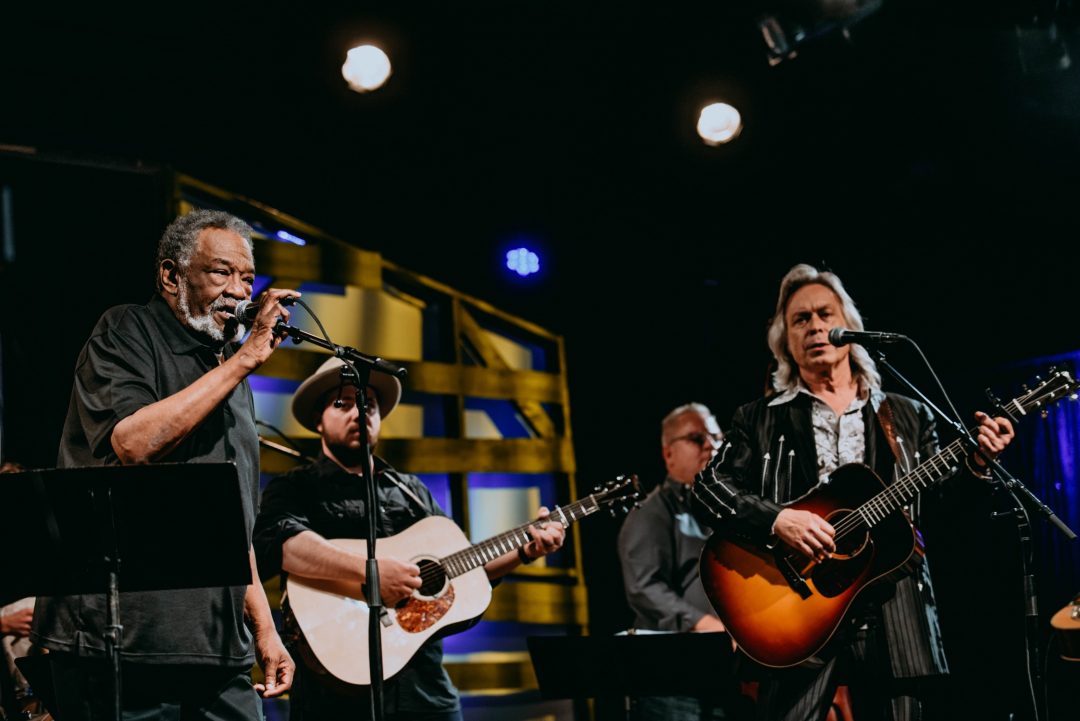 **Due to the possibility for severe weather, the Show for Joe concert has been moved to the Rex Theater in downtown Galax**

*A workshop remembering Joe Wilson will take place at the Chestnut Creek School for the Arts at 2pm with Linda and David Lay, Sherman Holmes, Frank Newsome, Riley Baugus, and author Fred Bartenstein*

Fore the second year in a row, the Blue Ridge Music Center is ecstatic to bring a collaboration of some of the most well respected bluegrass, Americana, and old-time musicians from the Appalachian Mountains together to honor the late Joe Wilson. The memorial showcase is presented by the Blue Ridge Parkway and Blue Ridge Parkway Foundation in collaboration with the Virginia Folklife Program at Virginia Foundation for the Humanities, Virginia is for Lovers, and 98.1 WBRF Classic Country.

In 2015, the music community lost visionary Joe Wilson. From his brainstorming sessions with then Blue Ridge Parkway Superintendent Gary Everhardt to create the Blue Ridge Music Center to his influential work with the National Council for the Traditional Arts, Wilson’s passion for the music of the Blue Ridge Mountains was immeasurable. He produced festivals, recordings, national and international tours, and helped create the Roots of American Music exhibit housed at the Music Center. A native of Tennessee, Wilson was instrumental in the development of The Blue Ridge Music Trails and The Crooked Road: Virginia’s Heritage Music Trails. He was also the author of A Guide to the Crooked Road: Virginia’s Heritage Music Trail. Many musicians can attest to Wilson’s guidance in their musical careers.

Virginia-state folklorist Jon Lohman recalls Wilson’s impact on artists and the music world. “It would not be an overstatement to say that Joe Wilson was one of the most productive and influential cultural figures of his generation. His tireless work on behalf of artists and the community-based folk traditions that they mastered transformed not only the lives of these artists but of countless communities and audiences he exposed to them,” Lohman said. “These artists include some who have gone on to gain global recognition. Joe famously brought a then-unknown teenage fiddler named Alison Krauss on an international tour of master fiddlers, and showcased the likes of Jerry Douglas, Ricky Skaggs, The Whites, and Wayne Henderson early in their careers.”

Leading up to the concert at 4 p.m., the public is invited to enjoy a workshop led by Fred Bartenstein editor of Roots Music in America: The Collected Writings of Joe Wilson and Lucky Joe’s Namesake: The Extraordinary Life and Observations for Joe Wilson and featuring performances by special musical guests.

The 2017 Albert Hash Memorial Festival  will be held Saturday, September 2nd at Grayson Highlands State Park in Mouth of Wilson, Virginia.The festival will take place at the park’s Henderson Stage picnic area. The day-long festival runs from 11 a.m. until 7 p.m.

The festival honors beloved fiddler and fiddle-maker Albert L. Hash, a man known for his dedication to old-time music and his impact on generations of musicians. The festival hopes to preserve and promote traditional mountain music, dance, crafts, and instrument making, while honoring Albert Hash and giving back to the community through music. Local crafts, concessions, a farmers’ market, cakewalks, and plenty of dancing will take place along with special music, dance performances, and instrument making displays.

There is a $10 per person admission fee and a $5 per vehicle parking fee. Admission for children age 12 and younger is free. The Albert Hash Festival is a community event made possible by volunteers.

Song of the Mountains is the official television show of Virginia and features bluegrass, old-time, Celtic, and Americana Music and currently airs on more than 120 public television outlets across the United States. On Saturday, September 2, a live concert featuring the Sherman Holmes Project, Jim Lauderdale, Webb Wilder, and Judy Marshall will be recorded for future broadcast.

Song of the Mountains is recorded live at the historic Lincoln Theatre in Marion, Virginia.